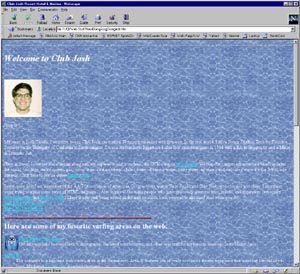 Club Josh as it premiered on the Internet 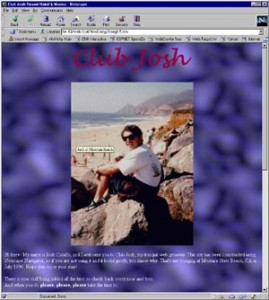 Club Josh with a new background image as well as a nice new large photo of Josh on Montara Beach. By this time, the site had introduced the concept of “sub pages” instead of just one looooooong page. 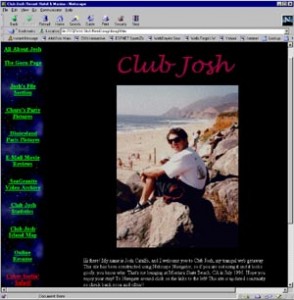 The first version of Club Josh with a left nav appears 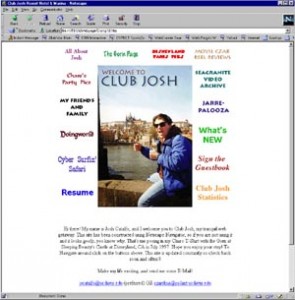 First site with white background and images for the links 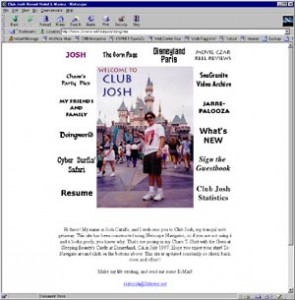 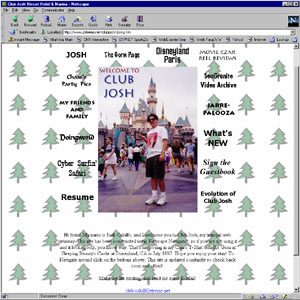 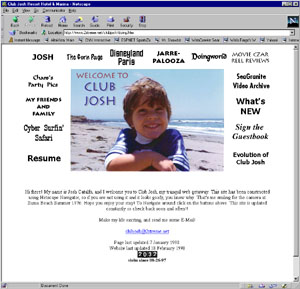 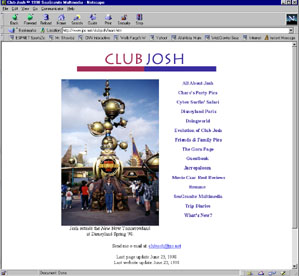 Image links were on the way out and you can tell by the lining up of the images in a list format. This was also the first appearance of the multicolor Club Josh logo 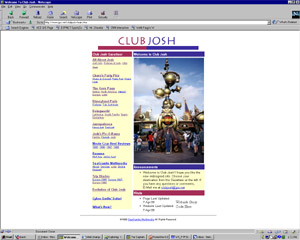 Club Josh with minimal graphics and text links. There were several pictures in the spot since the Tomorrowland graphic, including a picture of me with a BMW Z8 picture. 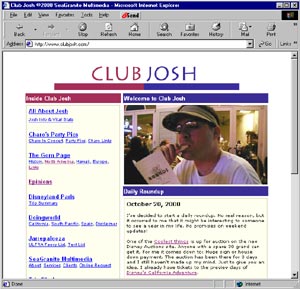 Slight change in color and addition of Daily Update . New Picture format led to high hopes for a greater rotation of pic. Also Daily Update addition was the first time home page had new content on a regular basis. 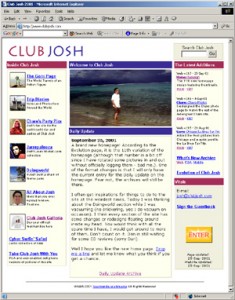 It shows how much I have liked this design considering parts of it were still being used until 2012. I really settled on a layout I liked that contained all the elements I was looking for in a home page. Big additions: thumbnails highlight the different sections of site, What’s New content to homepage, and a slight logo change (removed the underline). 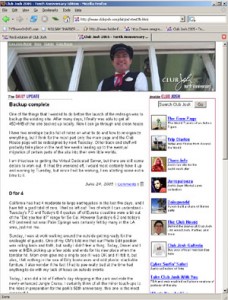 White is the new yellow. Mid 00’s, I decided that I needed something more bloggish and modern, so I removed most of the color from the home page, but made the masthead a HUGE photo. This finally killed the quick rotation of photos which never panned out. This design started out as a center alignment then moved to a left alignment in its last two years (but with no other code changes). This also introduced a new signature Club Josh logo. 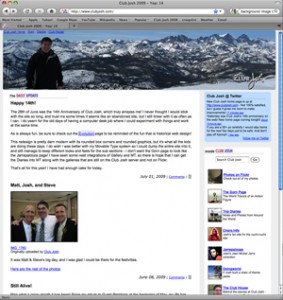 This design took awhile to get going. I knew what I wanted for a long time (it is actually a good 2008 design launched in 2009). This site is the first designed for 1024×768, contains a much larger graphic and now for the first time TWO dynamic content sections – The Daily Update and now a Twitter feed. Also, the background is now grey and the elements float in white rounded boxes. 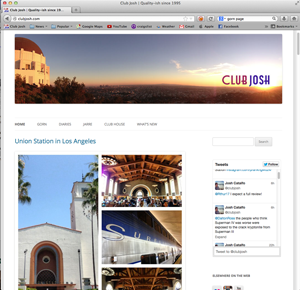 First WordPress site using a slight modification to the default template. It’s responsive to the viewing platform and will hopefully change as I get better with either buying or making templates. This design also is the first with all-new code and does not contain any legacy code (just some legacy links). This also is the first time I finally got to implement a rotating banner image on the site. The tweets disappeared when I locked my Twitter account.
Longest Running Design! 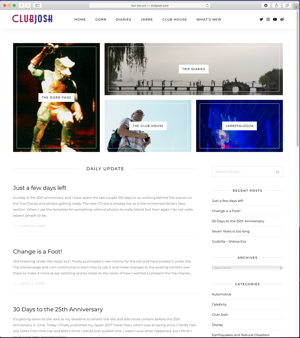 After seven years of ignoring the design, finally changed the WordPress template. Hopefully changes won’t take this long anymore, but well, looking at the above list I wouldn’t expect it anything. New design brings Daily Update, Trip Diaries, What’s New, and Club House all to the same design. Still three different blogs and who knows they might all get merged one day. A bit disappointed that there is not rotating photos, but also like the new feature boxes on the main page.

Return to the Club House