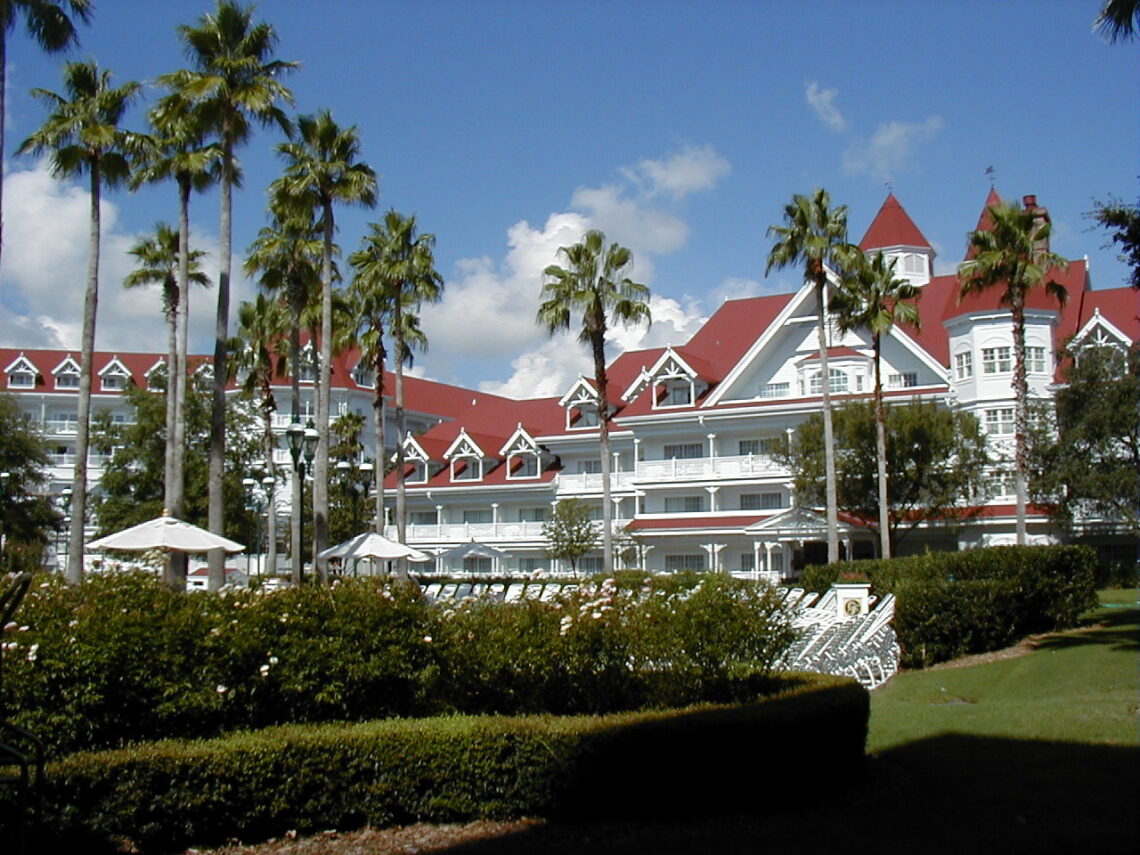 Early up this morning to get to our character breakfast. We chose the Grand Floridian Hotel, since Roger wanted to see the hotel and I knew most of the other places would be jammed. Upon reflection, I think we should have stuck with the Magic Kingdom for it since it took us forever to get to the hotel, and the only characters that were at the Grand Floridian were Mary Poppins, Geppetto, Pinocchio, Pluto and Goofy. Apparently Mickey is only at the Contemporary Resort. It was overpriced, and full of screaming kids. I can recommend it only if you bring kiddies to Walt Disney World. We then walked around the hotel and Roger captured some neat shots of the place.

From there, it was back to the hotel to change for our first Water Park day. We decided to change to Blizzard Beach and save Typhoon Lagoon for Friday. It was downright oppressively hot when we arrived and it felt good to relax in the slow moving river (I think its real name is the Cross Country River, but I prefer to use ‘Lethargy River’). We ventured on a couple of the tube rides – first as tandem and then as single riders in the dark. It was then off to Steamboat Springs – the mondo raft ride. Now, as most people are aware, water parks require massive amounts of stair climbing. Who needs a Stairmaster when you lug up a raft several stories for a 20 second ride.

Blizzard Beach solves this long-standing pain by installing a ski lift (keeping with its frozen theme). This lift conveniently drops the patron off at the top of the hill where it is just a short walk to most of the rides. Of course, if you want to ride a raft ride – no lift for you! There were a few standard mat flumes – mats shaped like toboggans of course. Roger and I did not have the patience for the big drop rides – the wait was about 30 minutes. We did go on the high speed tube drop which was very fun. Now being a water park, we did not get the chance to take pictures because of the vulnerability of the camera. I did manage a shot of the outside so that will have to do for now. It was a thoroughly enjoyable day. The park did not seem very Disney-oriented other than some minor themeing here and there. It will be interesting to compare Blizzard Beach to Typhoon Lagoon. Roger managed to score a Blizzard Beach mug in lieu of the 2 dollar refund for returning the all day locker key.

After recuperating at the hotel for a scant 20 minutes, we headed over to the only theme park still open – our old friend EPCOT. We tried to eat dinner at one of the nice restaurants, but the only way to eat at them is to plan WAY in advance. This is a royal pain in the neck, and I wish there was a way to have some respect for us impulse diners. We had to placate ourselves with the excellent Fish and Chips in the UK. It was then time for Illuminations 2000. We had yet to see the whole thing and decided to stay and see what all the hubub was about – (every cast member at EPCOT raves about it.) I can now say that Illuminations 2000 is a neat show, but no where near as good as the old Illuminations (they used to light up the pavilions with music from the respective countries). I still think the Believe show at Disneyland is the best set of Disney fireworks currently in production. On our way out of the theme park, we noticed that GM’s loveable Test Track was still open. We promptly rode it and had a great time. I love the acceleration to 65 on the banking turn. Now it was time to visit the big EPCOT shop Mouse Works again. This time I managed to score a Spaceship Earth that attaches to my Monorail set. Very Cool.

It was then time to come home and inspect our sunburns. Thanks to a heaping amount of sunscreen, mine is pretty minor and Roger just turns dark so we came out OK. I am not sure where we are off to tomorrow, so stay tuned!

Wrap up note: It dawned on me as I finished my Fish and Chips that EPCOT is my favorite part of Walt Disney World. Probably due to my background as a geography nerd, but despite some of the hokey parts I really have grown to love it. If I was living in Florida I think I would get an annual pass to the Magic Kingdom and EPCOT, but not the others. Despite Disney/MGM Studios two marquee attractions, I couldn’t justify it. I will write more in my post-trip park reviews but that is what is most on my mind right now. 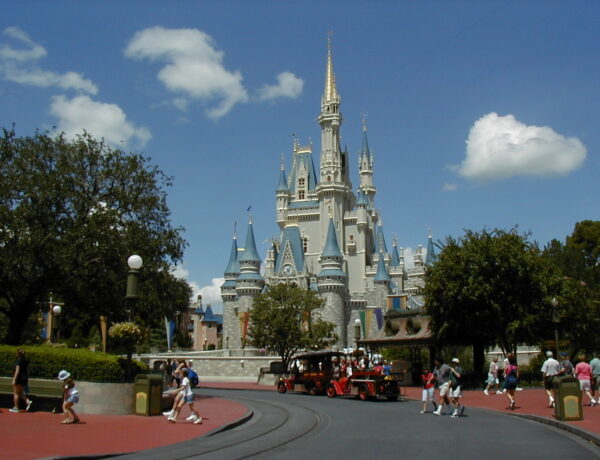 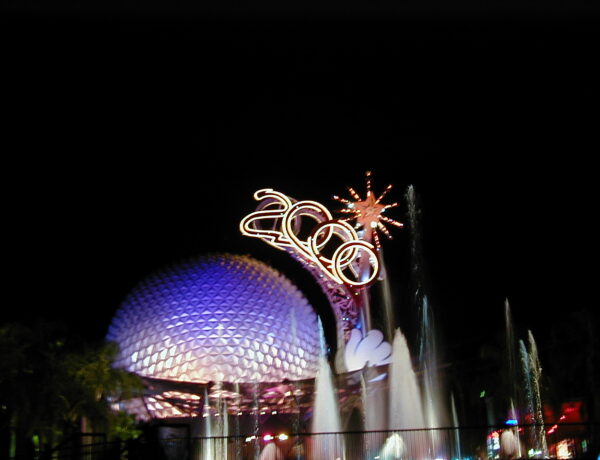 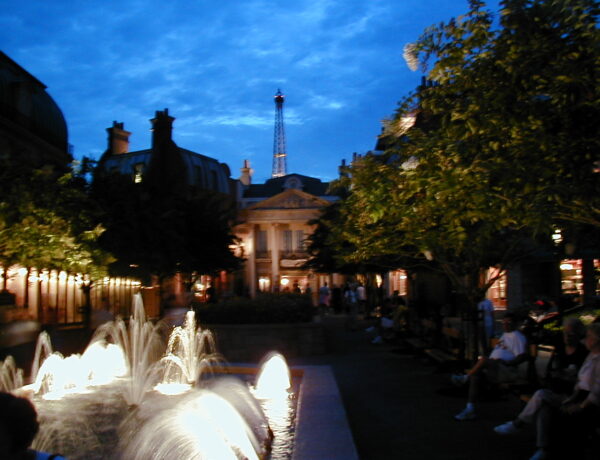