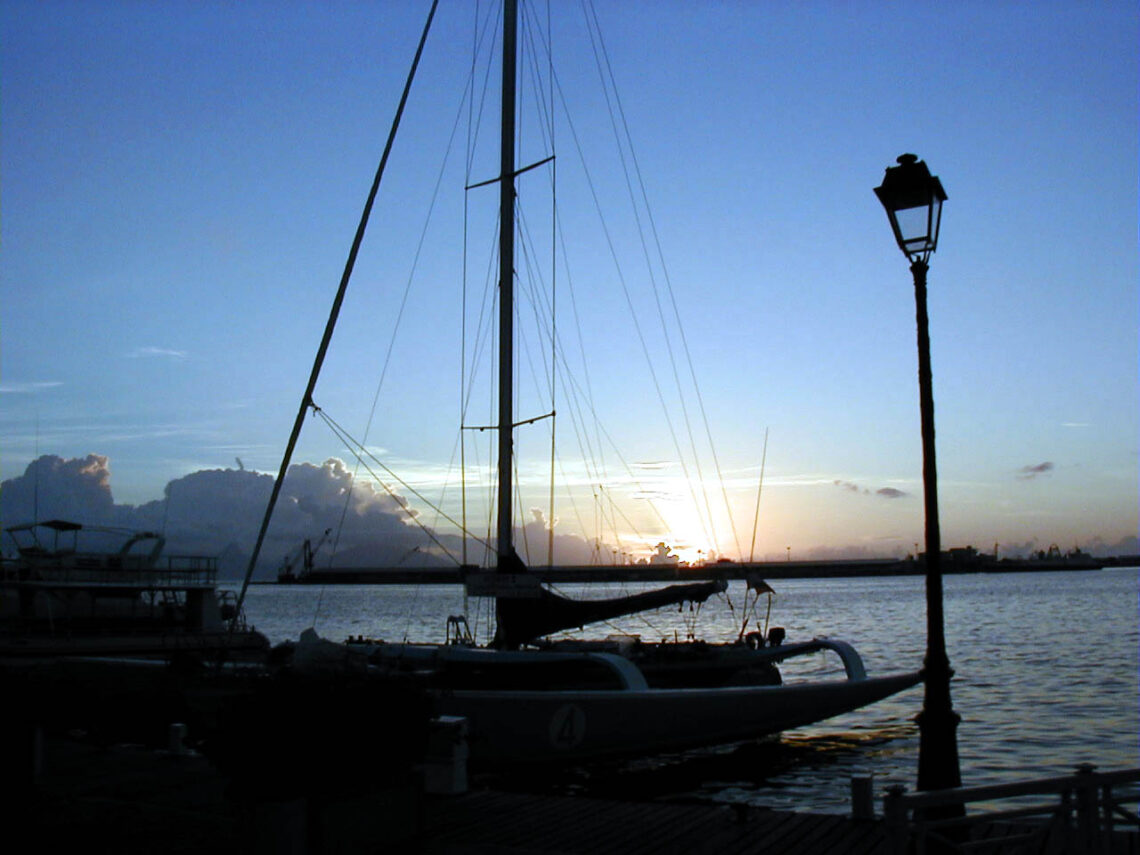 I awoke a bit early due to my internal clock still being on Pacific Time. Tahiti is 3 hours behind Pacific Time – the same zone as Hawaii. After a quick shower, I went downstairs to inquire about tours available. Returning to the room, I found that our delicious breakfast had been delivered. Good thing I stuck with the Parisian breakfast (basically bread, hot chocolate, and fresh orange juice). Roger unwisely chose the American breakfast which in addition to all of the Parisian stuff, included mostly inedible and undercooked eggs and sausage. We decided to take the Circle Island tour of Tahiti on Tuesday and the All day Moorea tour on Thursday. Wednesday we were already scheduled to fly to Bora Bora and the tour lady said we could make arrangements when we get to the main city on Bora Bora. While there, I want to go see the Le Meridien on Bora Bora, from the pictures it looks fantastic.

They no longer offer the Papeete tour, so we decided to hang out and wait for the 2:30 bus. We walked down the street a bit to an ATM next to a market. This machine was open, but politely refused my ATM card. I was a bit perplexed and worried. Without money, we would not be able to get a Taxi on Wednesday and Friday to the airport. After watching a bit of Le Miserables and the French version of The Price is Right, it was time for the bus. Arriving in Papeete, we set out looking for an ATM. I noticed that this really isn’t a glamorous city. There are a lot of teenagers hanging around; lots of trash and the smell of exhaust everywhere. Roger commented that it looked like a developing country. I had to agree considering that without the French, Papeete would be a very poor place. Good thing that tourism is big. I can’t imagine anyone coming here and thinking that this is the best of the island. I hope that tomorrow’s tour we will see the best parts of the island.

After 5 or 6 ATMs, we finally ended up at a bank where the teller told us that due to our failure at the ATMs, we would have to get a cash advance. I must call Wells Fargo when I get back and ask them why my ATM card didn’t work at all. I have been to Sweden and most of Western Europe with no problem, I guess there is something in these ATMs that just isn’t compatible. I wonder if it is my PIN number. I noticed that Roger’s PIN was too long, and that the machine displayed six positions. Oh well, after traipsing from bank to bank, I was glad to be able to get the cash advance to have some money on hand for incidentals. Side note: I have no idea why the guy in front of us needed to get a bond in Australian dollars for two people, but my goodness, he took 45 minutes to do it. If we weren’t so desperate for cash, we would have stormed out like the French man in front of us.

After the bank, we happened upon a camera store. Roger wanted to go in to see if they had a disk for us to download the camera images onto the laptop. They had a wide selection of items. The cheapest transfer alternative was a PCMCIA card adapter for the smart media card. The cool thing was that it was reasonably priced (around $70) and it had a higher transfer speed than the disk. The disk was twice the price. I felt much better about the trip after buying the adapter. It seems that the trip is back on track. We boosted the camera resolution back up to Super Res, and headed off with the remaining 30 minutes to take some pictures and look in some shops. We didn’t have much time since it was almost 5 and most stores were closing. We did manage to get a quick snack and some water before departing the bus back for the hotel. Roger was even kind enough to take a picture of a large Spanish-speaking family that was staying at our hotel.

Back at the hotel, we rested up and waited for dinner to start in the restaurant. We had big plans of swimming in the nice sandy bottom pool after dinner, but I was too tired and rested instead. Dinner was OK, but it’s a good thing that we ordered the food well done. The French sure like to under cook things. Mental note: If ordering a burger again, mention no thousand island dressing (is there a reason that they serve that in French Polynesia – sort of a Land o’ Lakes and Minnesota thing? Who know..). Tomorrow is the big Tahiti tour, so it’s off to bed at 10pm. 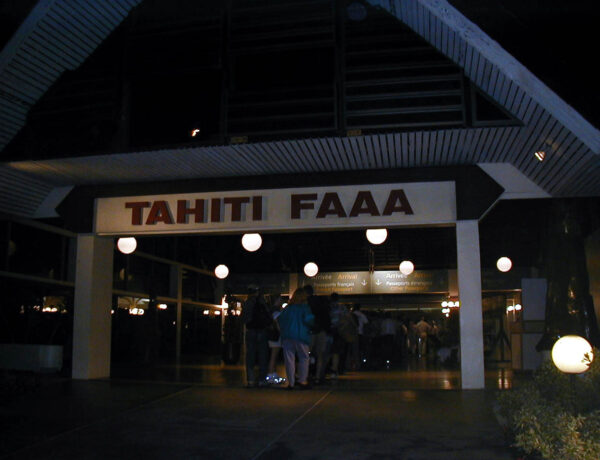 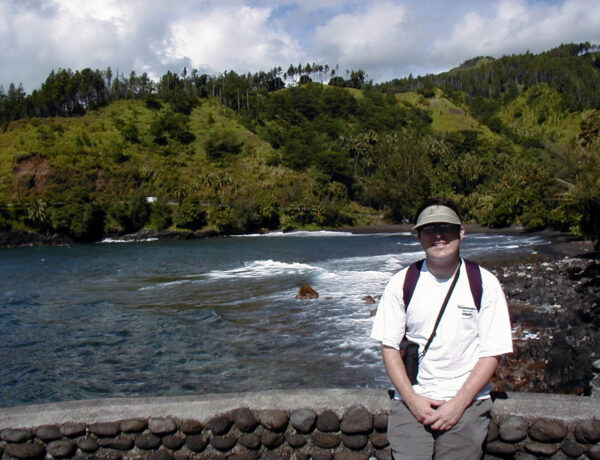