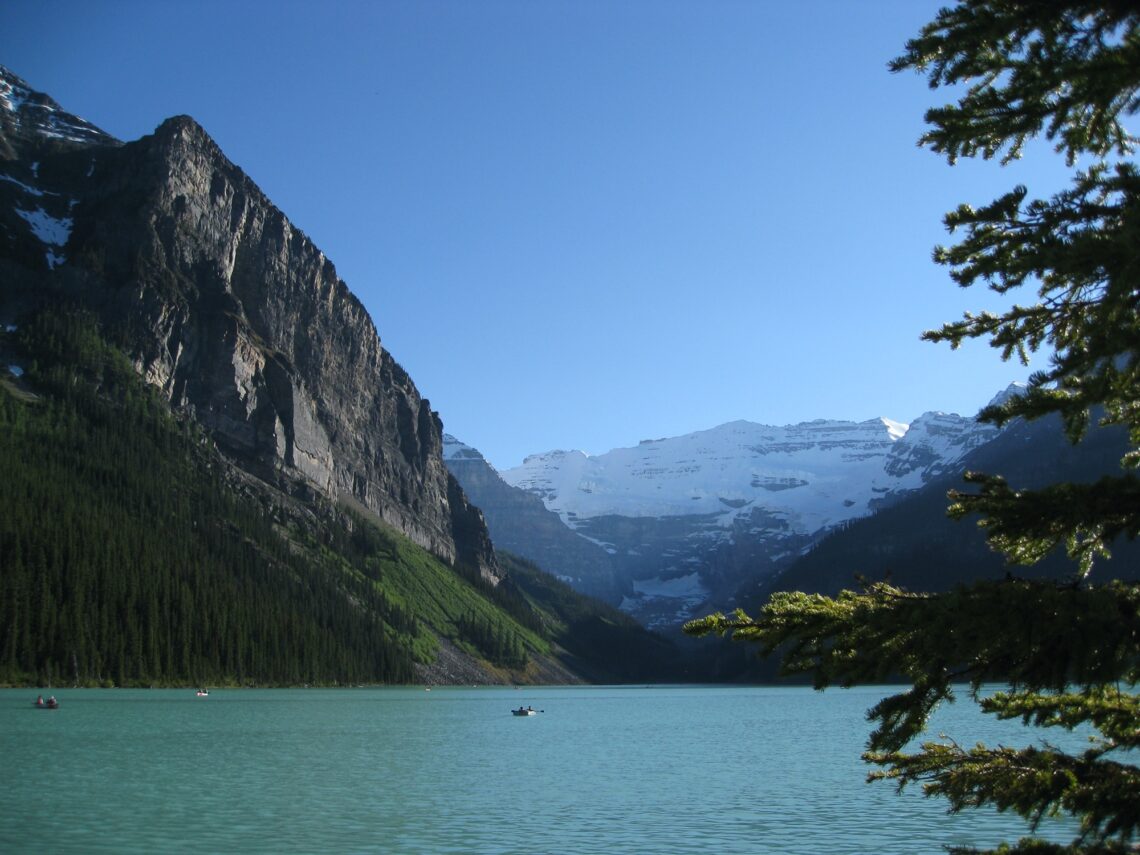 It was up early today – we have lots to do and a long way to drive, and most importantly, we had to get to the free breakfast. Gary and I went to pickup the rental car from Discount Car Rental Service. We got upgraded to a Chevy Cobalt. It is an OK car, I shudder to think what the car we were supposed to get was like. One plus is that despite not having power anything, it had XM Satellite radio which will be useful when we are out in the boondocks. We lucked out because our car rental place was off airport property, but turned out to be just around the corner from our hotel.

We checked out and loaded up the Cobalt and headed into Calgary. The one main touristy site we wanted to visit was Calgary Tower. Located downtown, it is one of the icons of Calgary and since we did not have a lot of time it seemed like a logical choice. At 525 feet tall, it actually is the tallest observation tower in the world (if you take elevation into consideration). After navigating the road construction around central Calgary, we arrived at the tower and took the one functioning elevator to the top. We were surprised to see a young couple getting married at the top of the tower. They stood over the glass floor section of the tower and exchanged vows. It was short small sweet ceremony. After the photo ops, we headed down to ground level and went off in search of an ATM. We took a walk down the Stephens Street Mall. We finally found one that would accept our cards, but not after my Wells Fargo business card with the toll free number accidentally went into one of the ATM machines. Oops!

It was then time to get on the road. Before we left Calgary, we stopped at a Safeway store at the edge of town. It felt like we took forever to get there due to traffic and traffic lights, and then once we shopped for food for the road trip, it was an hour after we left the tower. We finally hit the open road, and I was dozing on and off. The weather was gorgeous and the sun bright and it just felt so good to just close my eyes for a few seconds. Our first stop in the mountains was Canmore. We wanted to get a collapsible cooler for some of the food and water we bought at Safeway. We looked at Rexall and the Canadian Dollar Store before settling on the hardware store at the edge of town. A quick bite to eat later and we were back on the road to Banff. Getting into Banff National Park is very much like getting into the Grand Canyon. There was a lengthy queue and they charge you by the day for access to the parks. It was a good 15-20 minute queue to get the pass, but once we had it we were practically on top of Banff.

Banff is a lovely town that has a very mountain hamlet feel to it. We took the driving tour of most of the highlights, since we still had to make it to Lake Louise. One sight we missed was the Fairmont Banff Springs resort. It is really picturesque, and we caught sight of it from afar, but we decided to skip the close-up and head for Lake Louise.

I totally was excited to head to Lake Louise. It’s postcard perfect and the one place I really wanted to visit. We stopped at a photo lookout along the way, but before long it was time. I had read that Lake Louise was a small town, and boy they were not kidding. It is a few hotels and a strip mall that is the gateway to the beautiful lake. We drove up to the Lake to see what it was like before we looked for the hotel, but the parking lot was crowded so we headed back to locate our hotel. After a moment’s confusion, we located it and checked in. It turns out our room is next to the main highway, but fortunately, the balcony faces the inner courtyard and its super nice. There are a few worn bits here and there but its to be expected from a ski and vacation resort.

After relaxing for a bit, it was time for the mother lode – Lake Louise. We parked in the lot at the lake shore and made the slow trek to the shore. It didn’t disappoint! One of the great sights in the world. It is tough to appreciate things when they are crowded, but despite the hoards of visitors it still is a great place to visit. The Fairmont Lake Louise is a fantastic hotel as well; I would love to splurge for it one of these years.

We took in the view and then headed down the hill into the village to grab a bite to eat at the Lake Louise Family Restaurant. It reeked of tourist trap cafe, but mom liked her food and as long as you like your food it is a good meal. Everything is expensive here, but that was expected.

It was time to crash at the hotel. I discovered that my sofa bed was not made yet, so I had to call and get some sheets for it. Its time for bed and it has been a long day! Hopefully, we won’t get woken up by the hordes of tour buses in the parking lot. 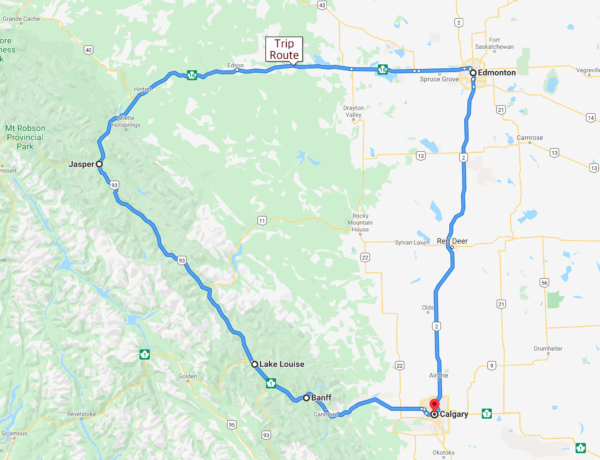 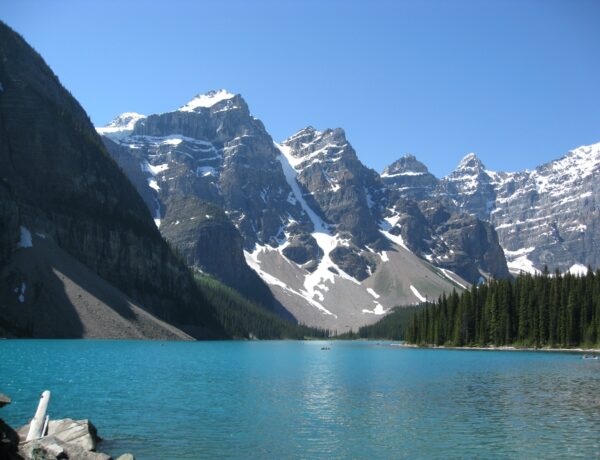 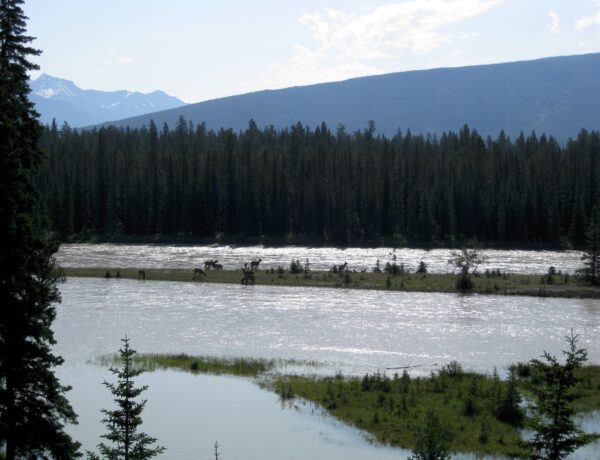