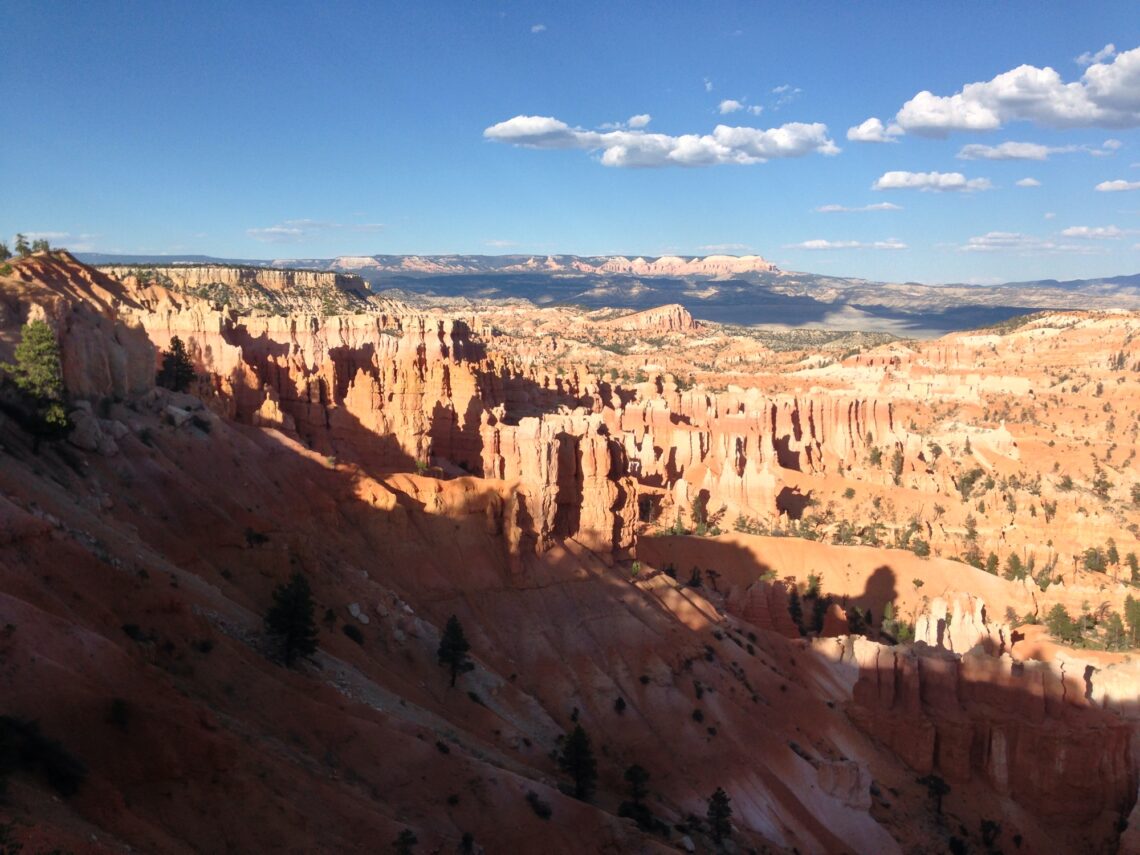 Wednesday has dawned in Moab and we are back on the road. Today we start off at Canyonlands National Park. One of the items we had been wanting to see the whole trip was the Mesa Arch as there are a ton of photos of the Arch in the morning light. We headed towards the “Islands in the Sky” area of the park and it took us about an hour to get to the Mesa Arch trailhead. Thankfully it was just a short walk to the actual Arch. It was definitely spectacular. We did notice a lot of people in the area so we had limited opportunities to take photos before crowds would be in the way. Luckily we managed a few excellent shots before we got overrun.

Next up, we headed to the Grand View Point Overlook. This was the end of the road for this district of Canyonlands but it didn’t disappoint. We were treated to several great vistas overlooking the lower areas of the National Park. We even got to hear a park ranger program while we were at the overlook. Tons of photos later, it was time to keep moving. We headed back to the visitor center so I could get a souvenir from the park. One last restroom break and shopping done, we headed back to the road. One of the disappointing things about cramming so much into one day is that invariably we miss sights. Today we missed the opportunity to go to Dead Horse Point State Park which was nearby, but we just didn’t have the time. Again, along with Natural Bridges, Lake Powell and all of the other many sights in the area, there is plenty to look forward to the next time we make it to this area.

From Canyonlands we headed just a bit more north up to I-70 and then headed west to the town of Green River. It didn’t look like a large town but looking ahead on the map, there were not any big towns between here and Cedar City, so we made sure to stop for lunch as well as get some gas and supplies for the long road ahead.

Leaving Green River, we turned south onto Utah-24 which is the main route that connects the Mighty 5 parks. The scenery was beautiful along the way and we passed through lots of empty space with the occasional small town we would slow through. It took us just over 90 minutes to get to our next National Park, Capitol Reef. Now I will be honest before this trip, I had never heard of Capitol Reef National Park. It was established in 1971 so I have no excuse as to why, but it was on the list. We didn’t have much time to explore the park, but we did spend some quality time at the visitor center and took photos around the area before getting back on the road.

As the afternoon ticked on, we passed through one of the big surprises of the trip. Like Capitol Reef, I had never heard of Grand Staircase – Escalante National Monument. I think I am given a pass on this one because its only been around since 1996. (Editor’s note: After visiting, this monument gained infamy because of the ongoing battle between local and federal officials to reduce the size of the monument. It got reduced in 2017, but I don’t think that legal challenge has been finalized yet. At least I can brag I was there when it was larger..). Grand Staircase was truly one of the more spectacular landscapes we drove through. It was slightly frustrating there was no big visitor pull out to take in the view, but we did manage to pull off the road and get some quick photos.

Finally hours after setting out from Moab, we arrived at Daniel’s wanted destination: Bryce Canyon. Bryce didn’t disappoint either. It has some great views of the Hodos and today it had amazing views off in the distance. Even though my photos look great, it doesn’t compare to how it looks in person. We took plenty of photos at Sunrise Point before we headed down the Navajo Loop trail. Daniel’s mom stayed up top and Daniel and I headed for the bottom of the canyon. It actually wasn’t that bad of a hike, but every step down I was thinking this is going to hurt going back up. At the bottom of the canyon near South Hall there were a bunch of pine trees which we passed as we looped around to begin the climb back up. It was a long slog back up the other side of the trail but after a couple of cheeky “holding up the rock” photos and a million switchbacks later we spotted Daniel’s mom waiting and made it back. We made one final stop at Bryce Point and Paria View before getting back on the road.

At this point it was almost 830pm and the sun was setting. I was low key p.o.’ed that the hotels at Bryce had Vacancy signs out front. My original plan was to stay at Bryce and then head to Zion in the morning from there, but we could not get a room. So the closest hotel we could get was in Cedar City. On the map it was a 90 minute drive so we didn’t think it was going to be that big of a deal. When we chose the UT-14 route we picked the most direct one which turned out to take us up a mountain and down it. I am not sure if the other route which turned north to hook up with I-15 was an easier drive and I will probably never know. It was many white knuckle moments as it was dark and stormy on the road with many twists and turns.

Thankfully, we made it without incident and discovered that our room at the Springhill Suites was just what the trip needed. Plush accommodations! We finished up the day with dinner in town and hit the sack. Another long drive tomorrow as we plan on touring Zion and then drive home to Orange County. 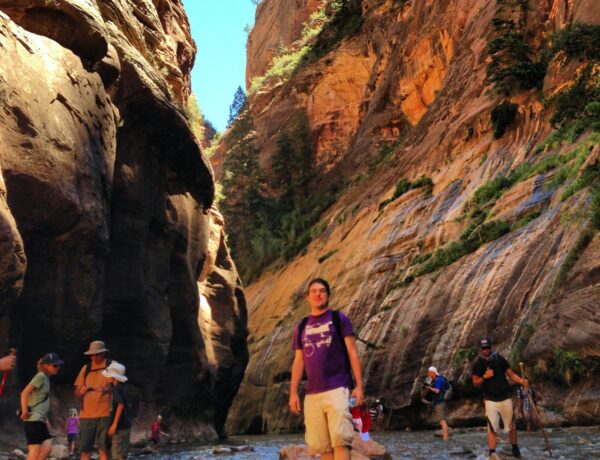 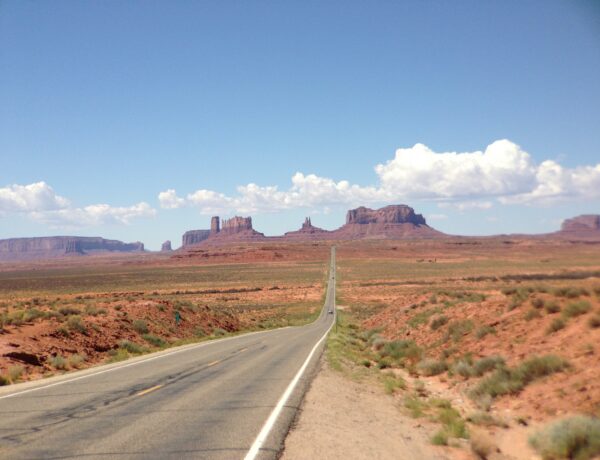 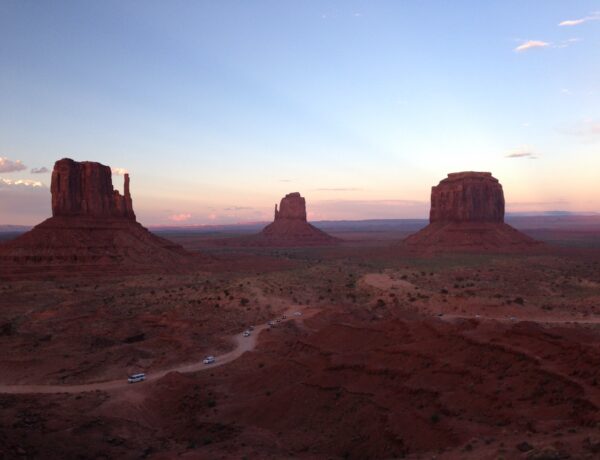