I’ve been keeping my eyes on the new retro-Star Trek themed posters that have cropped up in recent years. If you take a look over on Think Geek, they have all of the 11 different series of posters that have been released. While some are cool, nothing has really caught my eye.

A while ago, Bye Bye Robot came up with some redesigns of the original Star Trek movie series posters – again stuff that I liked, but was not really keen to purchase.

Tonight as I was wandering the web waiting for Daniel to recover from his headache from the Once Upon a Time Plot lines, I discovered an amazing poster for Cestus III that was done by the Bye Bye Robot people: 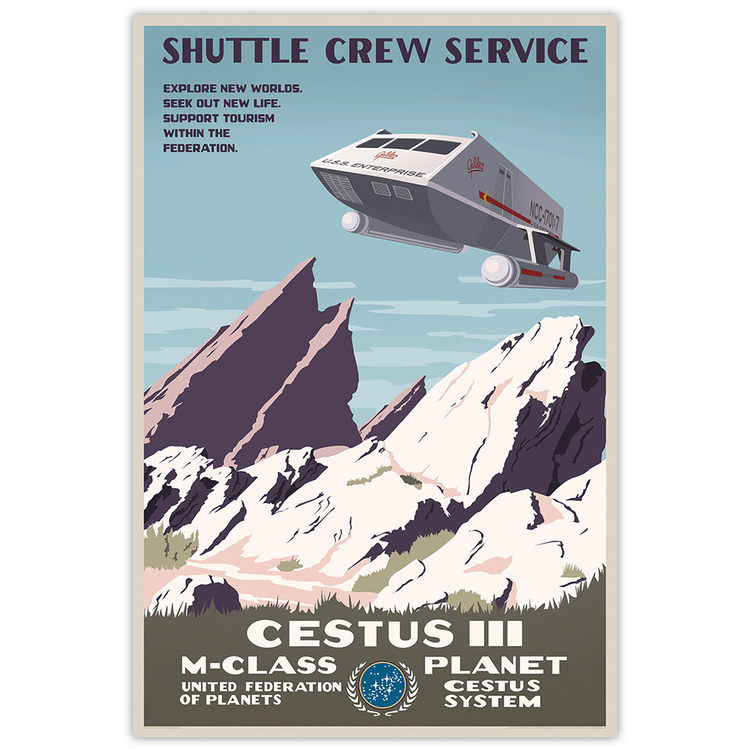 I think what I like the most is it’s WPA-era design that harkens back to the original National Park posters that I’ve recently started collecting as magnets.

I’m loving the poster and will probably purchase. You can get your copy today by ordering at their web site.

Volcanos are Fun Too!