Early Sunday morning, Napa, CA and environs was shook by a m6.0 earthquake – the largest quake to hit the San Francisco Bay Area since the Loma Prieta Quake of 1989. From the DYFI reports and my friends twitter accounts, it appears the quake broke North (confirmed by USGS as NNW). In my armchair seismological opinion, it’s a good thing as the population diminishes rapidly in that direction. Had the fault broke to the south, I am sure there might have been more damage in the Southern area of the Bay. 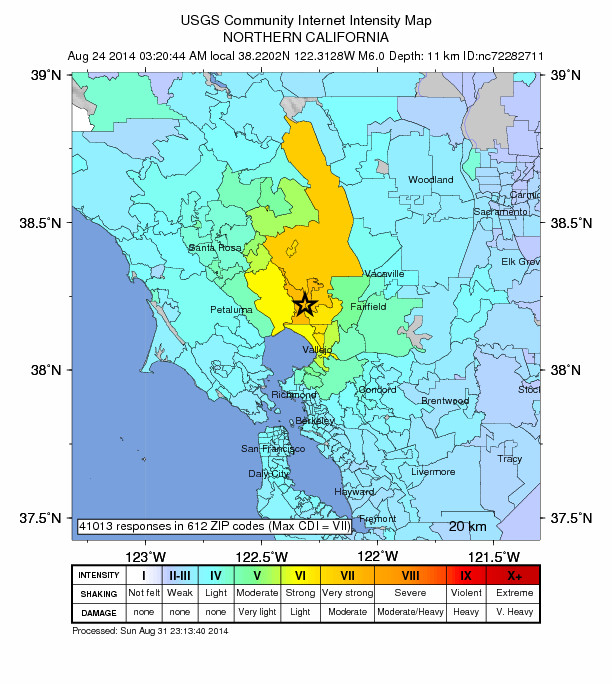 Did You Feel It? Reports from Northern California Residents show more violent shaking to the North

Always a melancholy sky when the weekend ends

My first #hyperlapse: Cars on the Freeway.