Like most people who remember Jurassic Park in 1993, I was excited to see the new trailer for Jurassic World, the fourth movie in the franchise. I loved the first movie and Lost World has a special place in my heart, mainly for the “San Diego” scenes that took place in downtown Burbank. I ended up moving near there two years after the movie so it was fun to see the locations in person.

Now when I saw the trailer, these Gyro-mobiles caught my eye (apparently it sorta futuristic)

Why did they catch my eye? Because it immediately reminded me of the rolling 76 Ball from The Lost World – easily my favorite bit along with the kid seeing the T-Rex in his backyard. 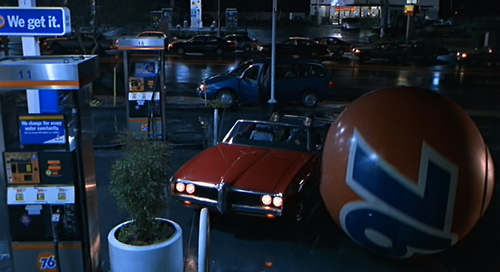