I came across this map right after it was published in 1992 by the Circum-Pacific Council for Energy and Mineral Resources. I immediately fell in love because it mapped earthquakes and typhoon/hurricane tracks for the Circum-Pacific region. Natural disasters are some of my favorite things to study and to see them on the map together was pretty great. The map came with a pamphlet which is buried somewhere in my archives I think, but I never really delved into the meaning of the map other than just an awesome display of the Pacific Ocean and it’s hazards.

The Circum-Pacific Map Project (CPMP) is a cooperative international effort to show the relation of mineral and energy resources to such phenomena as geology, tectonics, and crustal dynamics. the project is one of the activities of the Circum-Pacific Council for Energy and Mineral Resources. For most CPMP map series, six overlapping maps cover the Pacific Basin at a scale of 1:10 million, and a seventh map covers the entire region at a scale of 1:17 million. All are plotted on the Lambert azimuthal equal-area projection.

The Natural Hazards Map is a special sheet on the 1:17 million base prepared in cooperation with the US National Oceanic and Atmospheric Administration. It also includes data from the Geographic, Plate-Tectonic, and Geodynamic Maps of the regular series of the Circum-Pacific Map Project.

Here is a great closeup of the US and its hazards: 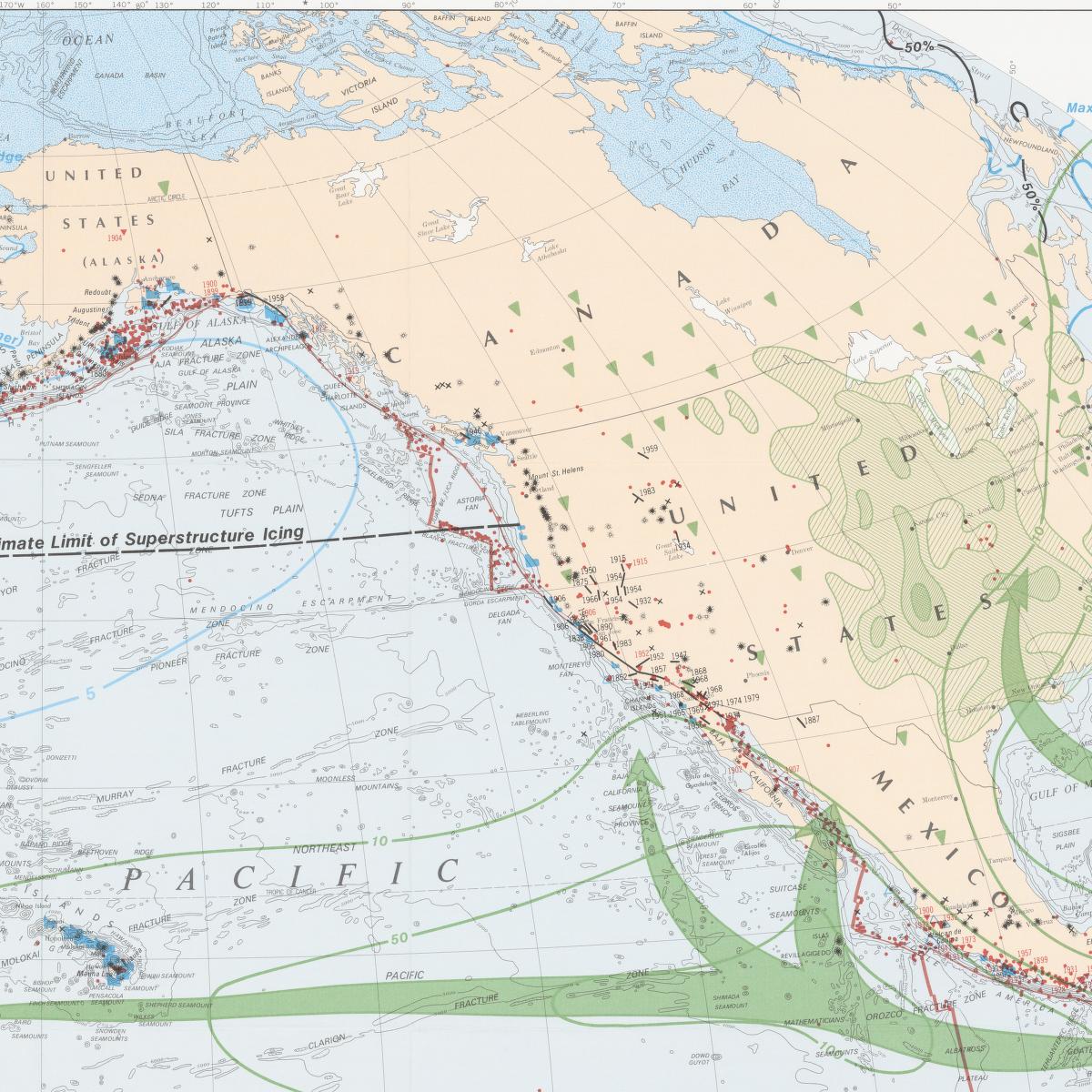 You can explore the map in detail at the National Library of Australia.