So Long to an Old Friend 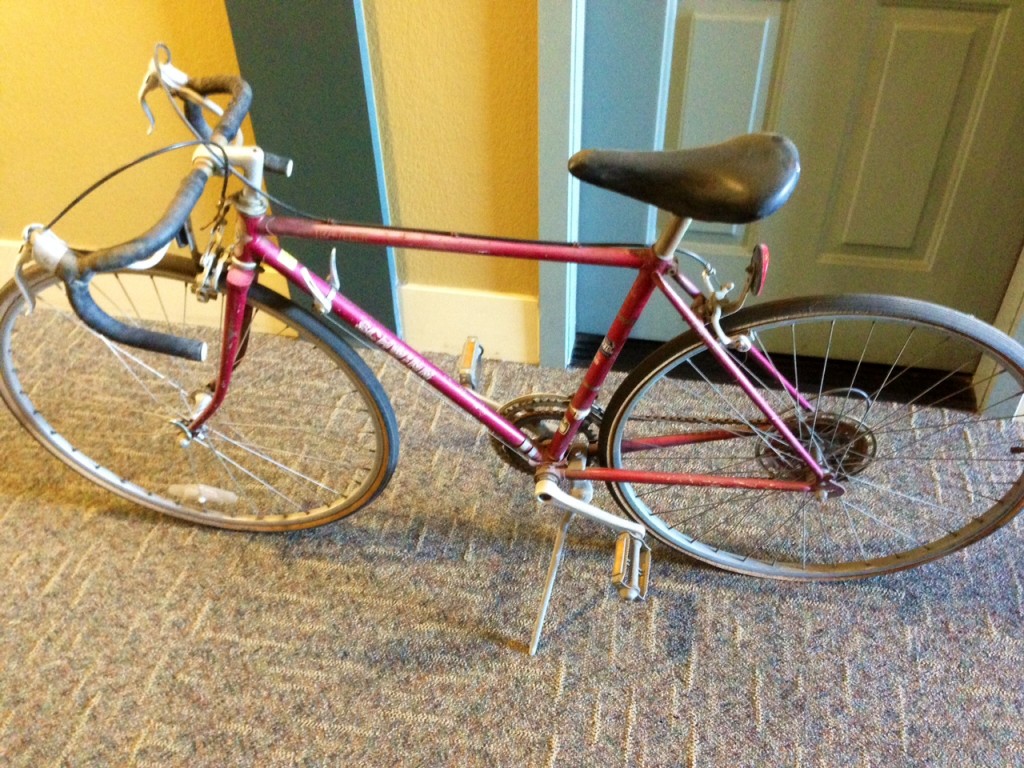 My 1983 vintage Schwinn Traveler – Thanks for the memories!

In a move that was 20 years in the making, I finally parted ways with the first bike I ever owned. My dad bought me the bike back in 1983 and I rode it faithfully to school off and on from the 6th grade through my second year at college. After 10 years of use, I purchased a mountain bike from Target, a Motiv that became my primary bike at school. Once I got driving privileges on campus at UC Davis, my bike riding days dwindled. I even attempted to sell the Schwinn back in 1993 to a student at Davis, but he flaked and I took it as a sign that I should keep it around.

Once I moved back to Southern California in 1999, my bike riding days were all but done and it wasn’t until I moved to the OC in 2003 that I occasionally wanted to ride my bike to the beach. By this time, both bikes were in pretty rough shape – in need of a major tune up. In 2007, I actually rode my blue bike and Daniel rode the Schwinn around Mile Square Park, and in 2009 Daniel and I did a bike trip to Huntington Beach and back (photo proof).

The last ride of my bikes happened when I moved in 2010 when we had to ride them from my old apartment to my new one. For the past four years they have been sitting on my patio gathering dust, rust, and generally falling into disrepair. A few months ago, after some ribbing by people at work, I seriously started to consider riding my bike to work each day. I knew that if I was going to do that, I would need to get one of the bikes overhauled to get it back into ride-able shape. After testing out the bikes, I determined they probably needed major overhauls and new wheels. I decided it was time that I joined the 21st century and buy a new bike. Before I can make a purchase, I needed to find new homes for my bikes.

The plan was to donate them to a charity or sell them on Craigslist, but both seemed like hassles and it looked like the bikes would sit on my patio forever. Finally, someone at work asked if I’d be willing to donate them to the Boy Scouts at his church so they could use them for their bike rides. That sounded like a great idea so I made arrangements and yesterday my Schwinn and the junior Motiv were both hauled away.

On the one hand I was a bit sad to see my Schwinn go away. It’s been a faithful companion for over 30 years despite my neglect over the last 20. Like the toys in Toy Story 3, I am glad they are going to serve a new life and hopefully get some action and see the world for the first time in a long, long time. I do feel guilty that my blue bike was never more than “the other bike”. Honestly, I rarely rode it and the tires and paint still look great (Chain and wheels – another story!).

Besides the picture above, I will always remember these key events in my Schwinn’s bike’s history:
– That time Kris drove by in his parent’s car after he fractured his hand and Alex and I were riding to school in the cold
– That time the wheels slid out from under me when there was some sand on the bike path. I ate it pretty good in what Kris and I called “the Mushroom Cloud”
– When I was riding home from school and the Pizza Delivery guy didn’t see me and hit my front tire. Thankfully, I wasn’t hurt and the guy paid for a new front wheel.

As for the future? I’m looking at what are called hybrid bikes – basically mountain bike handlebars with a skinnier road bike tire. They are said to be good for commuting and for casual bike rides – exactly what I am looking to get. I’ve looked at a Raleigh, Trek, and Bianchi and all three have their merits. I am not sure I’m ready to spend $600 on a bike, but all the research I have done say it is totally worth it. I’ll be sure to post a photo when I get it.