The second big touristy thing I did for my stay at home vacation week, was to visit Six Flags Magic Mountain in Valencia with Daniel and our friend Windy. It had been 14 years since I last visited this theme park. No real reason for the long time between visits other than it’s pretty far from where I live, and I am not a crazy coaster enthusiast, but I do like to enjoy a nice themed attraction regardless of the park it is located. When I heard that they were closing Colossus, I was eager to see how the park had evolved and changed since I was last here and I wanted to go for one last spin on a classic So Cal attraction.

Overall, I had a great time. It was 95 degrees and humid and most of the beverage carts in the back of the park ran out of ice by mid afternoon. I knew I wasn’t hydrating enough since after a ride on Scream, I got really sick-ish and light headed. I downed a few waters and had a pretzel and felt better. Another complaint? Lots of bees everywhere – from the attraction queues to the food areas, you could not leave anything unattended or just relax because you had to be on the lookout for the bees. We experienced 11 attractions total of which I enjoyed Viper (a lot rougher than I remember), Apocalypse (wooden coaster with a 100 foot drop and went fast), Colossus, Jet Stream, and Full Throttle the best. My least favorites (great rides, but…) were Ninja (only running one train after the accident and the line took FOREVER), and Revolution (it’s a classic, but so rough around the edges, it’s time for track replacement or rip out and make a new attraction).

Final thoughts: The park is rough around the edges – it sure could use a major plus up for it’s classic rides like Gold Rusher, Ninja, Jet Stream, and more. Seems like they have the time in their off season to do the work, and I think if Six Flags ever wanted to throw some money at the place it could be special like it was back in the 70s and 80s. Now they seem like it’s a corporate sponsor park in an effort to keep entrance fees down (not a bad idea, just not one I am a fan of). There are product placements everywhere (Hair Gel ads on the Viper ride vehicles???) and at times it seems a bit much. Like hit you on the head to the point you never want a Twix or Snickers bar again! I totally get their motivation, but a higher gate price with less ads and maybe better upkeep and I think this place would really do well. Don’t get me wrong though, it was packed when we were there, so I think maybe they are doing the right thing for the demographic they want to attract to their park (metal detectors and all).

The Skytower with the drop of Jet Stream 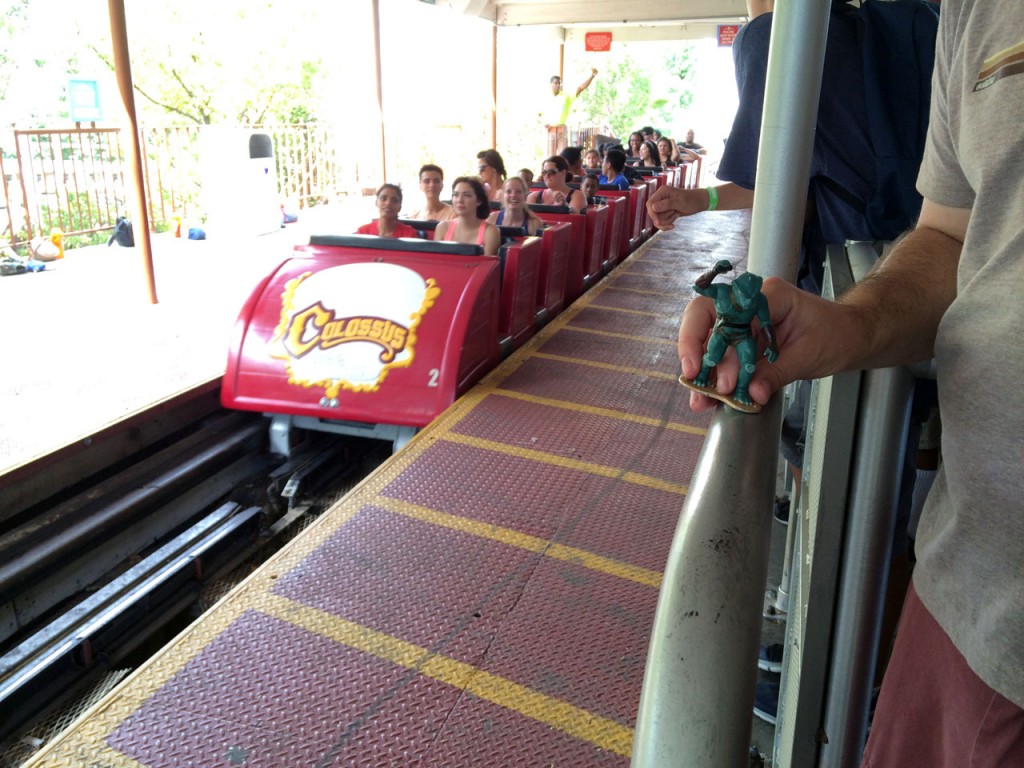 Colossus ride vehicle approaches the station. The Gorn is ready for his farewell voyage 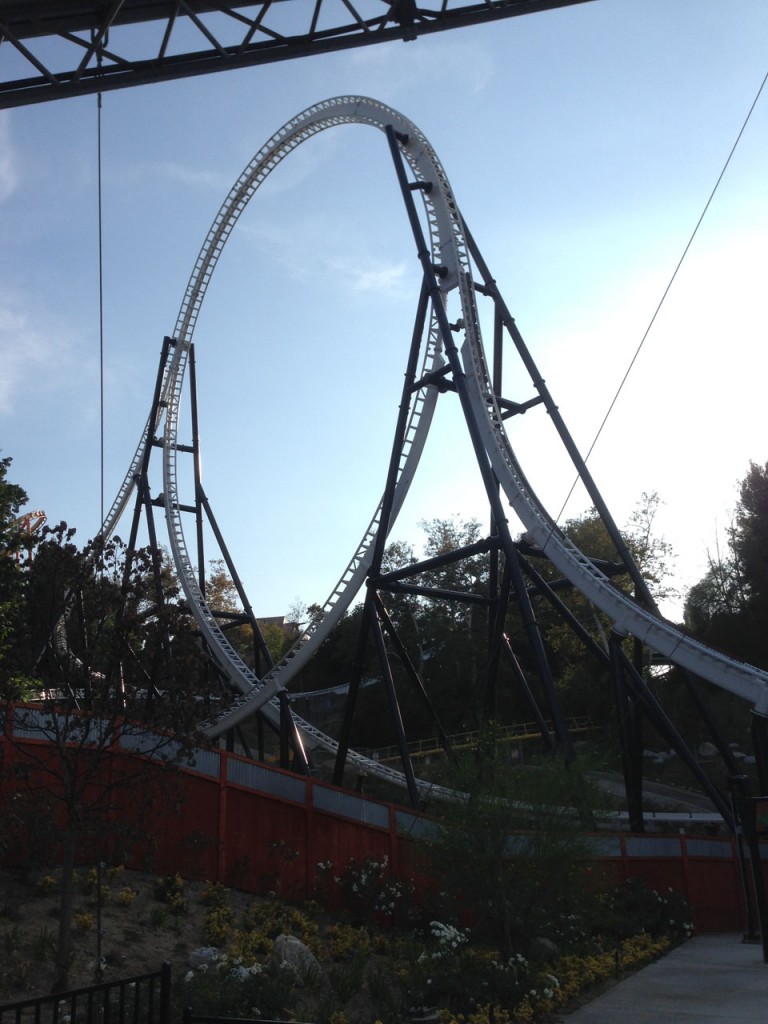 I actually went on this – Full Throttle, the tallest fastest looping coaster in the world (as of 8/1/14)

Go At Throttle Up