The Return of Star Trek 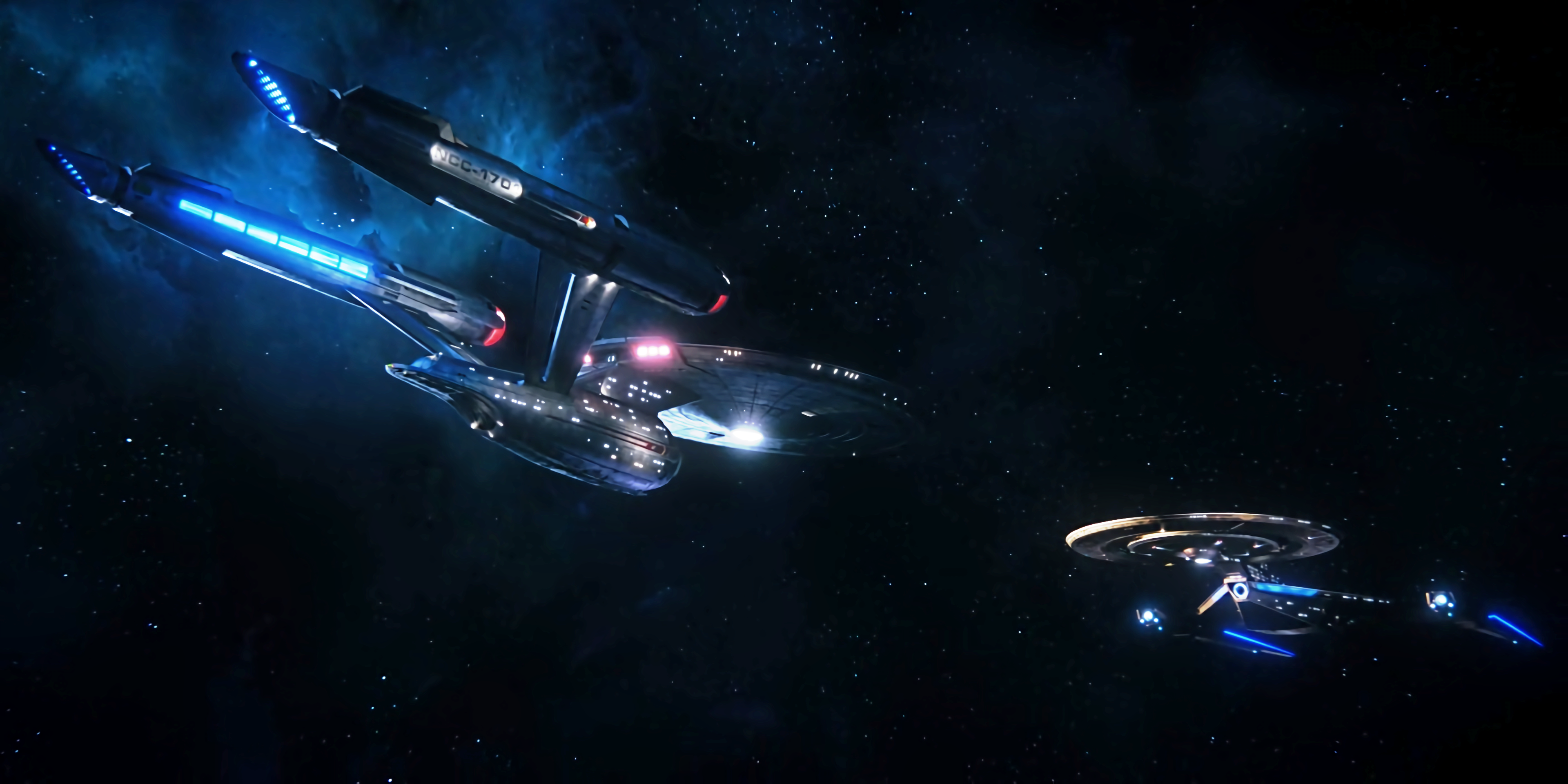 In my revisit to the Daily Update archives, I noticed that I used to muse long and poetic about media that I was consuming. It slipped my mind that I used to even write e-mail movie reviews. I regret that I have no idea what happened to the backup files for my mid to late 90s web site. Due to that loss, those reviews are lost for good. The trip down memory lane has reminded me that I have been remiss in posting about shows and movies I have watched over the last few years, so I figured I would catch up.

First up is the long-awaited return to the small screen of Star Trek! The last time I wrote about Star Trek on TV was this awesome post from 15 years ago on the end of Star Trek: Enterprise. It really summed up my opinions on the modern Trek series and it really hasn’t changed much since then. In the meantime, we were treated to three new movies in the ‘Kelvin’ timeline which while exciting, never really felt like real Trek. One could argue forever online about what is real Trek and what isn’t. It really is real Trek, just a different flavor that never really sat well with me. Most of my issues with the Kelvin timeline were certain decisions made that really undercut what for the most part were actually good stories. Interestingly enough, the second and third movies (Into Darkness and Beyond) felt more Trek-like to me, addressing universal issues like the series, and those were the ones less successful to the general public. Star Trek really thrives in a small screen environment and occasionally thrives on the big screen when the stories and consequences are BIG. I’ve ruminated before many times on my belief that Trek movies should only be BIG stories and not like a TV episode.

Which in a roundabout way brings us to this new era of Trek TV shows. Gone are the days of the mid-90s when we had 2 Trek shows at a time, now we have numerous shows in production that started with 2017’s Star Trek Discovery. At first, I was skeptical because of the mixed success of the last show Enterprise dealing with the “before Kirk” times. Before it premiered, I made sure that I approached the series with an open mind. I think part of people’s issues is that they need to compare everything with old canon and previous series and don’t let a show stand on its own. In some ways, this show is a reboot of the universe – certain things are re-interpreted in a modern sense, but still honor the original series. This really was highlighted in last year’s Season 2 which saw a reimagined NCC-1701 Enterprise onscreen with Captain Pike.

The first season of Discovery took some time to get going – like most Trek series – but I have to say, I was really glad that they took chances, mixed things up and twisted things around when you least expected it. One thing I really liked was Michelle Yeoh as Captain Philippa Georgiou – I am a big fan of hers and was glad to see her in Trek. I am also glad they found a way to keep her around after her character met her demise in the first episode. The big twist of Season 1 was the only thing I wasn’t 100% on board with (trying not to spoil it) but kudos to the team for really thinking outside the standard box of Star Trek.

Season 2 was really when they won me over 100% with the great casting of Anson Mount as Pike. I think he really brought the crew together (after the issues with the first season captain) and really made the show fire on all cylinders. The season long thread was a bit of a chore, but the payoffs were worth it and I really enjoyed the season. I am looking forward to season 3 which comes out later this year and I hope that without Pike, the crew will be able to keep going. They have no constraints thanks to what happened at the end of the season (again no spoilers) and hoping they take full advantage of it. I also am glad that there is a new Star Trek: Strange New Worlds series now in development with Pike and the crew of the Enterprise. Super interested to see how that goes.

Finally, Star Trek Picard premiered in January of 2020. I was also excited about the return of Captain Picard, but a bit wary since it was the first time in new modern Trek we were revisiting The Next Generation. Thankfully, the show was great – most of the Cast were great (only two that I truly didn’t care for) and the cameos of 90’s Trek was great (Riker, Troi, Seven, and Hugh). Honestly my complaints about the series are minor – I felt some of the middle episodes were padding and I really wished more of the TNG crew were able to appear (Geordi, Beverly, and Worf specifically) and hopefully next season they will make them appear. The new Cast also had the high points – for me it was Picard’s Romulan caretakers at the beginning of the series, Raffi (Picard’s contact and former co-worker), and Rios (and hologram versions) who captains the ship Picard uses in the series.

Overall, I am super stoked to see the direction that Star Trek is taking currently. There are several other series in the works including a new animated series as well as a spinoff with Michelle Yeoh. Not sure of the timeline on those series, but I will keep an eye out for now. Hopefully in another 15 years I can look back on this third golden age of TV Trek in the same way I am looking at it now! (Granted I will be close to retirement age by then, hopefully I can see anything at all!!)