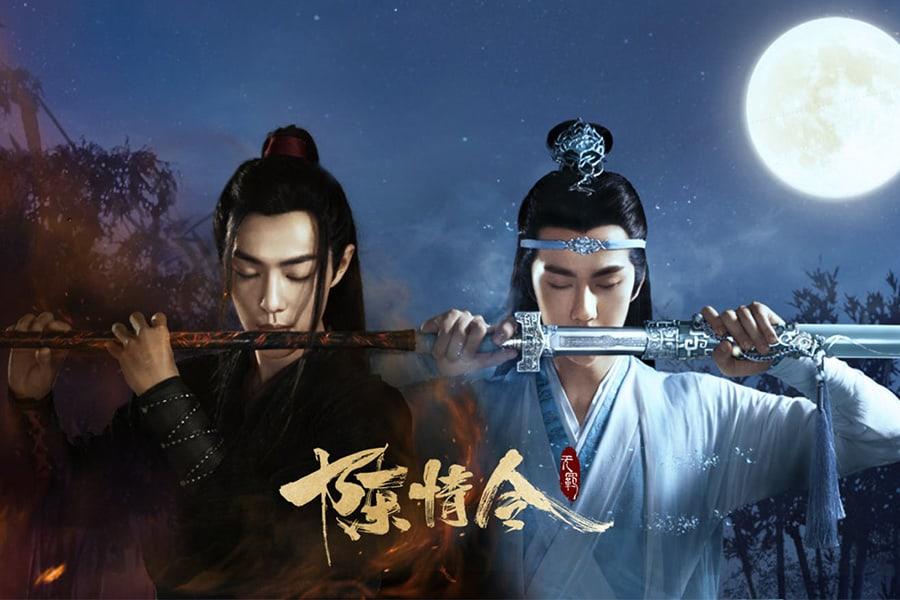 Second in the series of the self-isolation media consumption catch up..

Before the world changed in March 2020, one of my television obsessions was the 2019 Chinese series entitled The Untamed. I was scrolling through Netflix one night while Daniel was working on his homework and remember thinking that the name sounded familiar. I think some random people I follow mentioned the series but I really hadn’t given it much thought. While I as scrolling, I was intrigued by the mini-trailer and figured I would give it a go. I was a little intimidated at first because it was 50 episodes and all in Chinese. Subtitles don’t scare me, but I was worried the translations would struggle to convey the true meaning of the original.

After the first two episodes, I was hooked. I was very confused at first, but I did some research and was prepared for the 30 or so episode flashback that was coming. I also needed help keeping all of the characters straight at first because so much comes at you at once. As the episodes kept playing, I became totally invested in the characters and the plot of the series. It had been a long time since I binged a TV show but I found myself watching 4-6 episodes every night just to get to the meat of the plot.

When all was said and done, it took me about 2 weeks to plow through the entire series and I was so glad I stuck to it and watched it. I was incredibly moved by the story – particularly revolving around Wei Wuxian and Lan Wangji. Their relationship was complicated to say the least (especially the whole dying and resurrection part 16 years later) but the emotions the two conveyed has to be complimented. Chinese broadcast standards required a lot of toning down of the original source material, but I felt the way the production honored the original source was excellent. Sure, a western production could have shown everything, but really I don’t think it needed to be. Some of the effects were pretty cheesy – especially the stabbing, but like most good shows (think classic Trek and Doctor Who), the effects are just the icing and its the acting that really helps the story along.

After finishing the series, I went back and watched the first couple of episodes again and boy – do they make a lot more sense now!! One of the Asia TV networks, WeTv showed omnibus versions of the episodes (20 eps instead of 50) in chronological order with a few longer scenes here and there. I have not seen it, but fans seem to like both versions. I was tempted to rewatch more of the series, but I have a difficult time rewatching some series after the first time (especially so soon). I tend to remember a lot of the original watch so it gets boring to me easily. I am currently having this issue with Deep Space Nine. I intended to rewatch the series, but I am stuck at the end of season 1 and it feels like I just saw it, even though I haven’t seen most of them in 25+ years.

If you enjoy good dramas with a mix of fantasy, martial arts, comedy, and romance (subtext and overt) you will enjoy this story of family, loyalty, drama, soulmates and more.. I cannot recommend this series enough. You do have to pay attention, which I know for some is difficult in the era of smart phones (I struggled at times..), but if you can manage it you will be greatly rewarded.

The Return of Star Trek