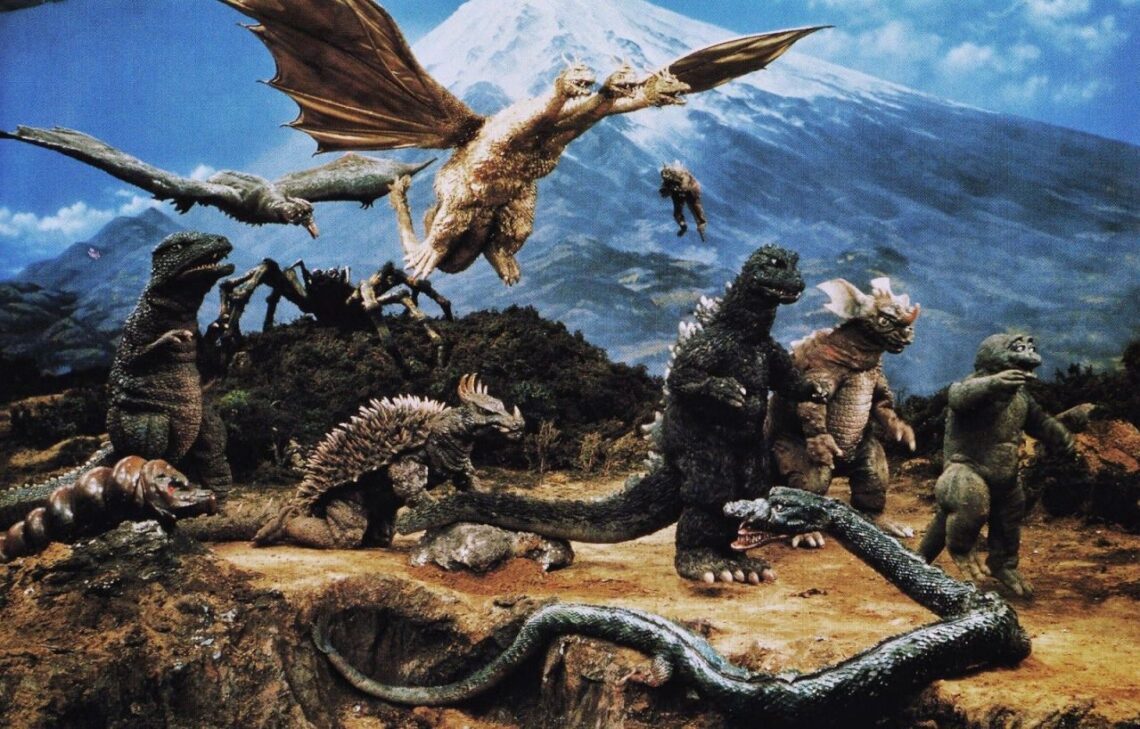 Third in the series of the self-isolation media consumption catch up..

One of the things I have always wanted to do is sit down and watch all of the Godzilla movies in order. I have seen most of the films over the years on cable or DVD or in theaters, but the Godzilla mythology never made much sense to me as it all seemed to be random movies that didn’t really relate to each other. Spoiler alert: That is mostly true for this first era of movies. The Godzilla eras are named after the emperor’s era that they are in – in this case Showa refers to Hirohito’s reign which lasted until the late 1980s.

As the year started, I began watching the movies. I will be honest, in this viewing I have skipped three Showa era movies – Godzilla Raids Again, Mothra vs Godzilla, and All Monsters Attack. I have seen Mothra and All Monsters within the last few years so I felt I could skip them and not miss out (same will be true of Godzilla vs Biollante which I saw last year). When I get to the Millennium series I will watch all of them since it has been 10 years or so since I watched them all, although Godzilla Final Wars I have seen several times, I still want to watch it with a fresh set of eyes having seen all of the movies recently. I will try and watch Godzilla Raids Again too, as its the lone remaining black and white movie I have not seen.

Overall, this era of movies are the ones I remember from my childhood that made me a Godzilla fan. I always like the Godzilla saving people and fighting other monsters (really started in Ghidorah, the Three-Headed Monster in 1964) vs the Godzilla as the enemy of Japan. Also, to be honest I am totally here for the camp wrestling matches between the monsters. In terms of overall movies, my favorites include Godzilla (1954), Destroy All Monsters (1968), Godzilla vs Hidorah (1971 – mainly for its groovy music and eco message), and Terror of Mechagodzilla (1975). I give Terror the edge over the first Mechagodzilla movie because it features the original Godzilla theme music. Also I felt King Caesar deserved more screen time.

When you watch the movies in a row as I have done, the re-use of stock footage really starts to get noticeable in the later movies. I think that’s part of why I like Destroy All Monsters more than others – lots of original footage! Also interesting is the lack of monster screen time. I think the classic movies show just as much Godzilla action as the latest Godzilla: King of the Monsters (2019). There probably is a line somewhere of too much Godzilla in a movie, but I really haven’t gotten there yet. The kids are fun, but can be overwhelming. My favorite is the two played by Hiroyuki Kawase in Hidorah and Megalon (it wasn’t until later I realized they were different named kids…)

I’m looking forward to getting into the Heisei era next. First up, I remember seeing what was called Godzilla 1985 in the theaters with my grandfather, and I am pretty sure I have not seen the Japanese version “The Return of Godzilla” ever. After I get through this era of seven movies, I’ll be back with more comments..

Seven Years is too long