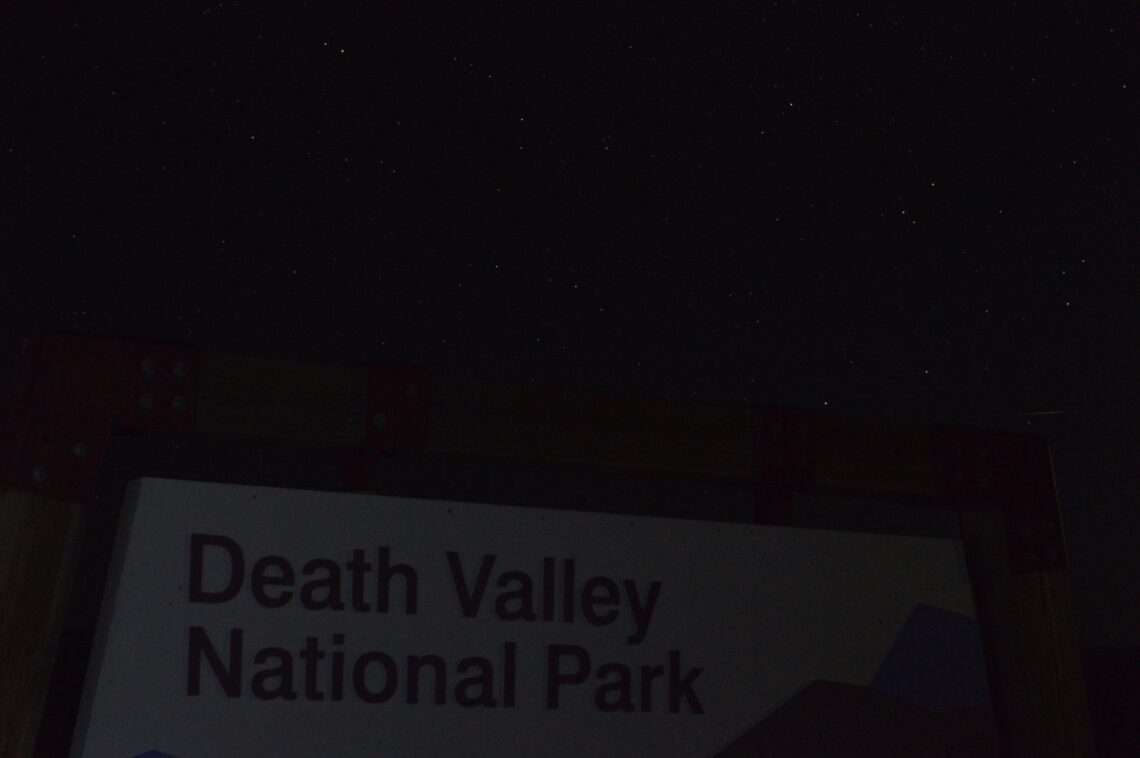 Daniel and I finally decided to venture away from SoCal for the first time since the pandemic began back in March. It was not something we took lightly and we planned according to the best practices for leaving the house. It was the annual Perseid meteor shower peak this week so we decided to head up to Death Valley to try and get the darkest sky possible. I had a free night at Marriott so I redeemed it at the closest one to Death Valley – in Ridgecrest. Part of me was hoping we would get some good aftershock action while we were there.

We loaded up on disinfectant wipes and our own supply of water and headed up the highway. We made good time up to the hotel. When we arrived, the hotel was doing a good job of sanitizing everything in the lobby. There was a convention going on in the conference room off of the lobby and I could see people not wearing masks or social distancing, but we avoided them like the literal plague. Check in was quick and contactless and thankfully our room was on the first floor so we didn’t have to touch any nasty elevators. We sanitized the heck out of everything in the room that we would tocuh – door knobs, faucets, toilet, shower, and other in-room amenities.

Since it was still afternoon, we decided to take a nap until 7 and then we headed out to grab a bite to eat and then set off to Death Valley. It was still pretty warm in Ridgecrest and after a couple of hours we finally reached our destination in Death Valley. It was well over 100 degrees still at 10pm (and even past midnight it was still 106), but we set up our tripod and cameras to get some night photography. Surprisingly there was a bright area in the sky which appears to be in the direction of Las Vegas, but most of the sky was still amazingly visible – even with my phone camera. I ordered a mount for my binoculars for my cell phone and it was just so-so. I could see the images (like Jupiters moons), but photographing them with a smartphone was too difficult. I think I will stick to daytime images in the future.

There were a few other parties hanging out in the Mesquite Dunes area where we were parked and one of them just kept taking away all night to the point where we decided to leave around 1230am because it was so annoying. We then headed back towards Ridgecrest and after stopping at a few spots, we decided to stop for another couple hours in Panamint Valley which is next to Death Valley. We found a good spot near the Death Valley sign which provided some good photo opportunities as well as a safe place off the road with little traffic.

Around 3am we headed back to Ridgecrest to sleep until 11. I slept well in the hotel and it was nice to be somewhere other than the apartment. We got up the next day and headed back home – stopping once for a lunch in the car and thankfully we avoided most traffic. A lot of people I know have taken road trips during the pandemic and this was big for us to leave. When we got home we made sure to observe 2 weeks of strict staying home to avoid contact with anyone in case we picked up anything. I felt pretty sure we didn’t since we didn’t really interact with anyone during our time away.

Right before we left, I did manage to visit my grandma which was the first time seeing her since February and I am glad I did it since I knew I wasn’t going to be able to see anyone upon my return. As COVID continues to rage, I hope we can get back to socializing soon, but it will take more people being courteous to others and listening to experts which in this day and age is tough for some people.