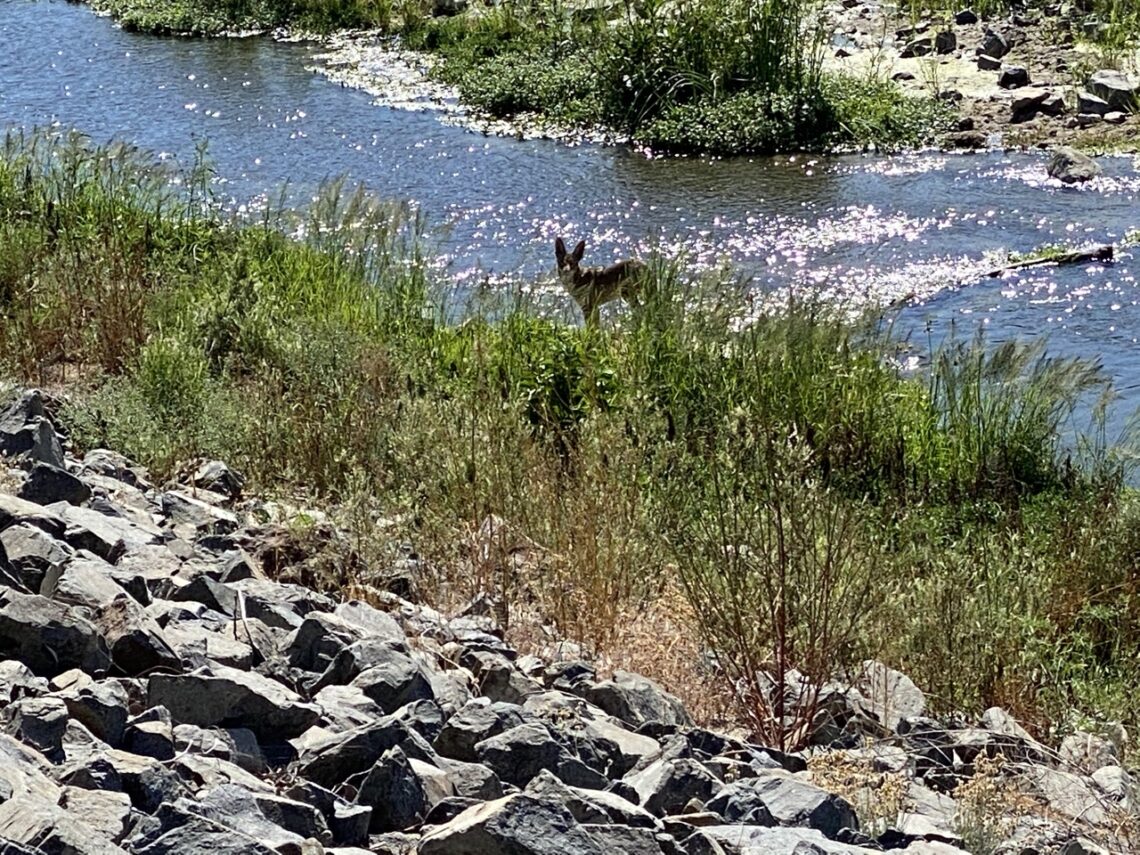 It’s been awhile since I have posted. Not sure if its because I overdid it working on the 25th Anniversary, but here we are. It is September already and I didn’t post much in August. I’d like to think I was super busy doing something, but in reality, I was doing nothing of importance – just as I have been doing since mid April. We are getting close to the fifth month of furlough and I wish I had more to show for it. At the same time, I have really tried not to pressure myself into anything and take care of my mental health. We have been trying to get some fresh air and exercise and manages to spot a Coyote in the San Diego Creek on one of our bike rides (pictured above).

One thing I have been doing is watching movies with friends via Zoom as well as getting my fix on YouTube and other streaming services. I am woefully behind on my self-isolation media consumption catch up. I have a couple of drafts that I didn’t feel inspired to finish, but I will get around to recapping my media shortly. I have two digest posts for horror movies from the zoom calls as well as some fun dramas from Thailand.

In other news, still waiting for word when and if I will go back to work. I feel stuck in limbo as there has been no news from work at all which is better than bad news. With the extra $600 a week in supplemental unemployment gone, I’ve had to refocus on stretching my money. Waiting for the government to help us is like waiting for work to call. There isn’t anything I can do and it seems like things can happen at any time, but here we are weeks later with no sign of anything new. Thankfully, I just dipped into my financial cushion for the first time this month so I have a bit more time before it gets interesting.

The other day I was doing laundry and it seems like I can tell the passage of time by shaving, doing laundry, and certifying unemployment. I usually do laundry every 2 weeks so when I run out of things to wear I usually utter “Well another two weeks have passed”. In August, I passed the milestone of the second longest time unemployed when I was out of work the summer of 2001. I am hoping I don’t pass the longest time which was in 1994 after graduating college. That was 24 weeks total. This week marks 20 weeks of furlough, so if I am still out of work in October, I will officially have been out of work the longest in my employed career.

On that happy note, time to get back to writing reviews. I was happy to discover an old CD-ROM with some late 90’s Club Josh files – including some of my old movie reviews. It was fun to re-live my email movie reviews. I probably would never do something like that again, but I do enjoy doing the recaps here.