The Price is Right: The Barker Era 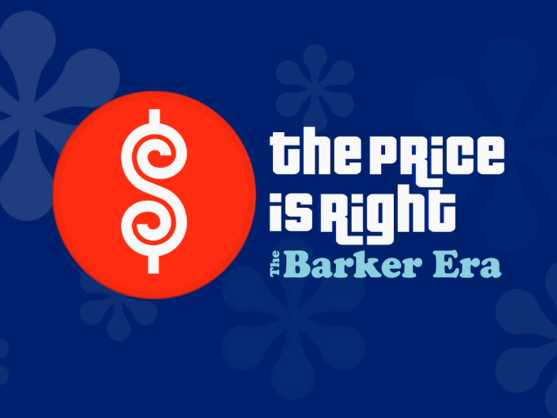 Tenth in the series of the self-isolation media consumption catch up.

When Pluto TV announced that they were bringing a new channel dedicated to the Barker era of The Price is Right on December 1, I couldn’t have been more excited. Classic mid-80’s TPIR is my favorite by far as this is my childhood era when I would watch it during the summer or of course during sick days (as I have discovered is very popular thing to do..) Everything about the classic show from the music to the sets and prizes brings back such wonderful nostalgia. There is just something special about the way Johnny Olson says “The Price is Right”, “Come on Down”, and “Boooob Barker!”

I can tell that TPIR was never meant to be binge watched. You see a lot of the same prizes and some of the re-used flats (The Japan vacation one reused for Thailand and Singapore) and the same cars over and over. These episodes are also unedited so you see some of the original gaffes and lots of cables all over the place – its a miracle no one was electrocuted. I do miss the “If you would like to see the Price is Right in person, send you address with a SASE to “Tickets” etc, it was one of my favorite things and to this day I have the address for CBS Television City memorized..

I also love Edd Kalehoff and Robert Israel’s amazing soundtrack to the show. I have a lot of tracks that I obtained many years ago and it’s great hearing many of the variations (like the pizzicato version of some of the songs when clocks are Items Up For Bid) for the first time in decades. During the showcase showdowns when I hear the furniture music (dubbed “Splendido” by fans), I automatically say “PASS”.

No one can beat Bob and the original models for making the show fun. However, as much as I love watching the show I do have to acknowledge a lot of cringy and inappropriate things Bob says to contestants and the models and in hindsight with revelations in the 90s and 00s its impossible to give him a free pass. If you do take those aspects out, the rest of the show holds up amazingly well.

I’ve seem many episodes of the post Barker TPIR with Drew Carey and seeing the old Barker episodes really shows how the program has changed over the years since Bob’s departure. I think what Drew’s show is lacking is just time. The producers have done a good job of updating the show to keep it current (and “hip”) but Drew just doesn’t have the time to talk to contestants like Bob did and everything feels rushed. They don’t even get time to discuss the products in depth like Johnny Olson and Rod Roddy did back in the day. I understand why – more commercials these days and people’s attention spans are shorter but I do miss the slower pace. I also have to remind myself that even if I think Johnny and Rod’s descriptions help me guess the prices better, I am pretty sure they do not.

In the meantime check out Pluto TV (It’s free!) and watch the heyday of TPIR – https://pluto.tv/live-tv/tpir-the-barker-era and relive $6000 cars, brass shelving units, and all kinds of appliances. They have a decent schedule but I watch it way too much and end up seeing repeats. They currently are on Fall 1982 episodes so I am not sure if they will move through the entire 80s or if they just have one season.

It’s certainly my most watched media consumption in December!!