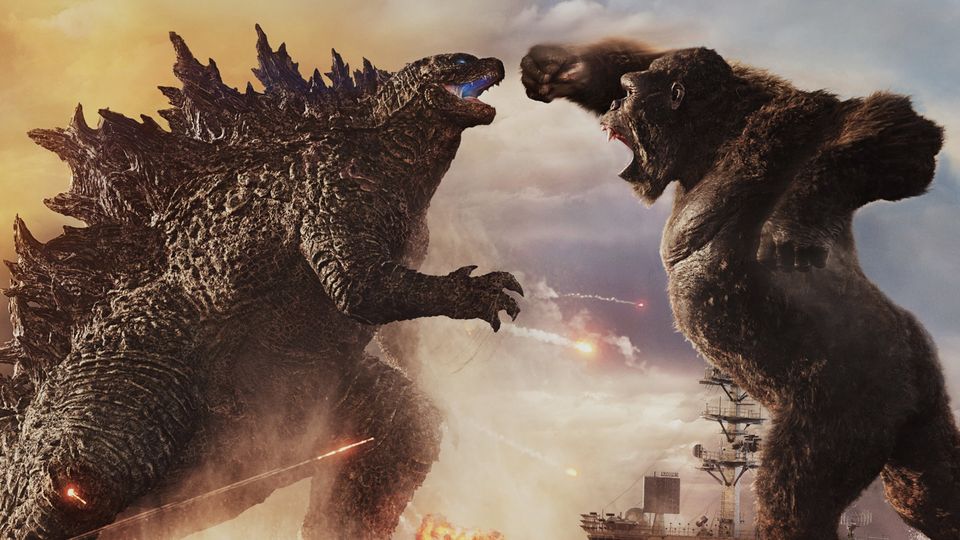 Thirteenth in the series of the self-isolation media consumption catch up. (still not sure if I will keep this disclaimer, but until I no longer have to wear a mask in public or watch a movie in the theater again, I think I will keep going..)

After a year delay due to the COVID-19 Pandemic, Godzilla vs Kong finally debuted last month on HBO Max and I was finally able to see it. I had been looking forward to this movie since Godzilla: King of the Monsters teased it back in 2019. I was a but cautious since American made Godzilla films tend to be a but flat but the last couple of new films (2016 Godzilla and 2019 KOTM) gave me some hope. I was also a bit worried since I was not caught up on the King Kong movies, but then again I have never seen a standalone Thor movie and I survived the Avengers movies just fine.

The story goes that after 3 years of relative inactivity following the Battle of Boston, Godzilla up and attacks a random factory/research station in the Florida Panhandle. Surprise, surprise a billionaire takes advantage of the situation to further his agenda of some random Hollow Earth something or other that honestly puts me to sleep when I think of it. That is the problem with most movies like this, there are boring exposition scenes going on to advance the “plot” but all we really want to see is our title heroes going against each other.

I’ve mentioned before that the battles between the monsters is what brings us to the film and in that regard this movie does not disappoint. The G v K scenes are great and the few Kong scenes where he’s off on that boring subplot are also well done. The big negative in this movie is that they made a somewhat interesting couple of characters from King of the Monsters completely uninteresting. The human characters are all one note and unnecessary which is a let down. There is promise with the girl who connects with Kong and her guardian, but everyone else is a waste of screen time. Even the minor characters that you think you might be interested in seeing more of are killed quickly. Even in the Japanese Godzilla films this was a sore point. The good films always had characters that you didn’t mind if they popped in for a bit of unnecessary exposition, but they knew when it was time to sit around and watch the battles. The bad ones were full of similar characters that make you fast forward.

The only other complaint I had about this movie is that they didn’t use Godzilla’s theme song. I know it doesn’t appear in every movie from Toho, but it is so iconic and was used so well in KOTM that its absence was noticeable and jarring.

All in all, this movie is now my second favorite American Godzilla release with the updated rankings being:
Godzilla: King of the Monsters
Godzilla vs. Kong
Godzilla (2014)
Godzilla (1999)