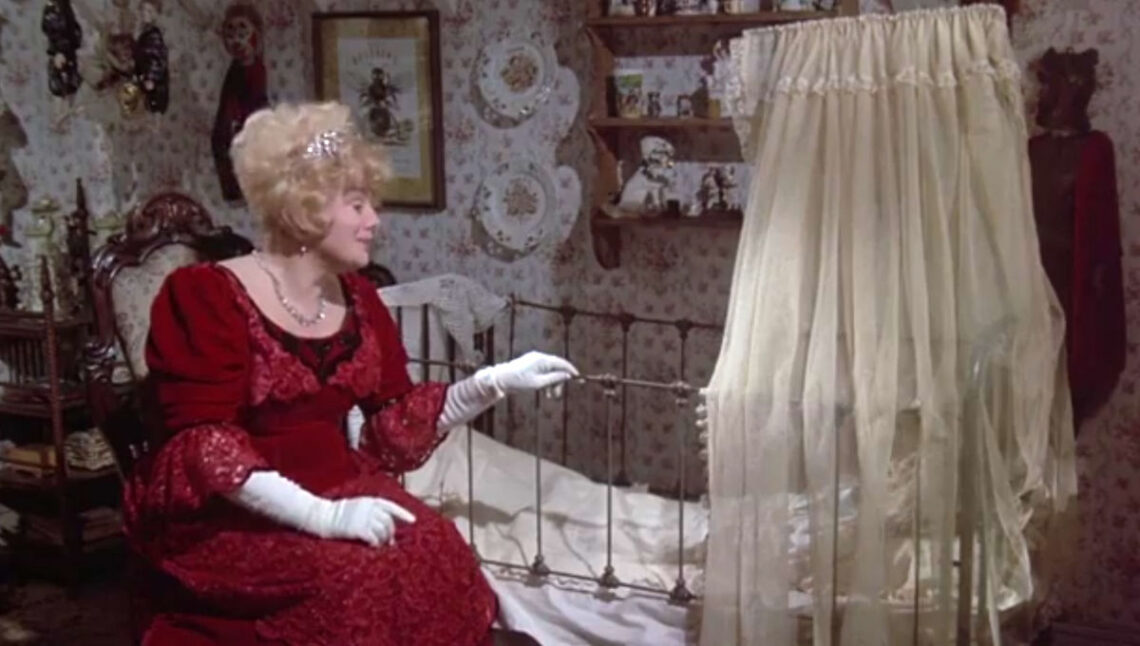 Sixteenth in the series of the self-isolation media consumption catch up.

We have reached the one year point in our weekend movie nights. Since we’ve been back to work, we have alternated between Friday and Saturdays but for now I’ll continue to call the series Friday Night Frights. In this entry we cover movies watched between April and June 2021.

Halloween 5: The Revenge of Michael Myers (1989) – Dr Loomis returns in this direct sequel to Halloween 4. Jaime the child is still haunted by visions from Michael and after being blown up in the last movie he gets nursed back to health by a hermit. Once Michael is better, it’s time to head back to Haddonfield for another confrontation. While these late 80s sequels pale in comparison to the first two movies, I did enjoy the climax scene in the house. The ending was a bit weird and I feel bad for the people who had to wait 6 years to get it resolved.

Who Slew Auntie Roo? (1972) – The great Shelly Winters stars in this story of an elderly rich widower who invites orphans over for the holidays. She becomes enamored with one of the girls who resembles her daughter who tragically passed away years ago. She does a dirty and lures the girl to stay with her against her brothers protests. In order to escape, the kids hatch a plan which results in the climax of Auntie Roo’s demise. It’s a bit dated, but I enjoy a good crazy old lady movie.

Killer Klowns from Outer Space (1988) – A horror comedy that is in the vein of House and Leprechaun, the title accurately reflects the story of the movie. Klowns invade a small town to harvest bodies for food and wrap them up in cotton candy. A group of teens set out to stop them. It’s pretty amusing, and not too long so its a fun watch if you’re not taking things too seriously. It’s way better than House…

The Exorcist (1973) – The classic film from the 70s still holds up after all these years. I don’t remember seeing the whole thing before so it was good to see it in the context of all the other movies. Despite some of the medical exam scenes were overly long, the exorcism did not disappoint and I really enjoyed the film.

The Witch (2015) – I didn’t really understand what this movie was about, but boy was it suspenseful and creepy. Supposedly based on true stories of 1600s New England and spoken in old English, the film follows a Puritan family who are banished to a rural area after disputes in the town. In the woods lots of creepy and strange things happen in the forest and there is tension between the parents and the oldest daughter after the family’s baby is taken by a witch. It’s all downhill from there as stranger and stranger things happen. Well worth the watch and you’ll be on the edge of your seat.

Halloween: The Curse of Michael Myers (1995) – Six years after the last movie and this really took things off the rails. We ended watching the “producers cut” so it was different than what my friends had seen before but it still made no sense. Paul Rudd plays the kid who was babysat back in the original movie, but other than that this movie has a weird supernatural twist to it to try and explain things. Honestly just let it remain mysterious – I think its better when we can use our own imaginations. This is the last Halloween movie we have to watch until the new sequel comes out in the fall so we are looking forward to that.

Friday the 13th Part VIII: Jason Takes Manhattan (1989) – This film really wants us to believe that you could take a boat from Crystal Lake to a place that looks like Alaska and then you can take that boat to New York City. Lame houseboat driver hits a power cable which ends up shocking Jason awake and he then takes the houseboat and gets on a bigger boat headed to NYC. As expected Jason mows down all the passengers. The disappointing part of this move is that they don’t actually spend much time in New York City, but rather a misc other random street that’s “New York-ish”. There is some b roll of Times Square at the end, but it would have been cool to see Jason at various monuments.

The Strangers (2008) – Man oh man. This movie was probably one that unnerved me the most. The whole stuck in the house in no where being attacked was stressful and really is one of the reasons I am not a hermit in the woods. If there was anything wrong with the film, I really wasn’t rooting for the couple to survive. They were annoying tbh and I think if I was more sympathetic it would have been better. Don’t watch alone!

The Conjuring: The Devil Made Me Do It (2021) – I haven’t seen any of the Conjuring movies before, but the group wanted to see the sequel when it came out. Thankfully we were able to watch it together. I really enjoyed this movie and it did make me want to watch some of the others in the series. I am also glad that you didn’t need to know anything from previous movies to enjoy this one. The ending was a bit all over the place, but I do recommend this one for sure.

Jason Goes to Hell: The Final Friday (1993) – Somehow Jason escapes the sewers of New York and then ends up getting killed by the FBI at Crystal Lake. The coroner gets tempted to eat his heart and thus the spirit of Jason goes from body to body to try and find a good host. Despite an appearance by TV’s Erin Gray (Buck Rogers), ultimately this goes down the same random path as Halloween 6 – they try and explain how Jason does his thing. There are a bunch of over the top tongue in cheek redneck characters that didn’t get killed fast enough. Like Jason Takes Manhattan, I was hoping for actual Jason in Hell so I was disappointed in that. Despite the cameo of Freddy’s hand at the end, it looks like we have one more Jason movie before Freddy vs Jason.

Movies will continue through the summer and I’ll post more in a couple of months.