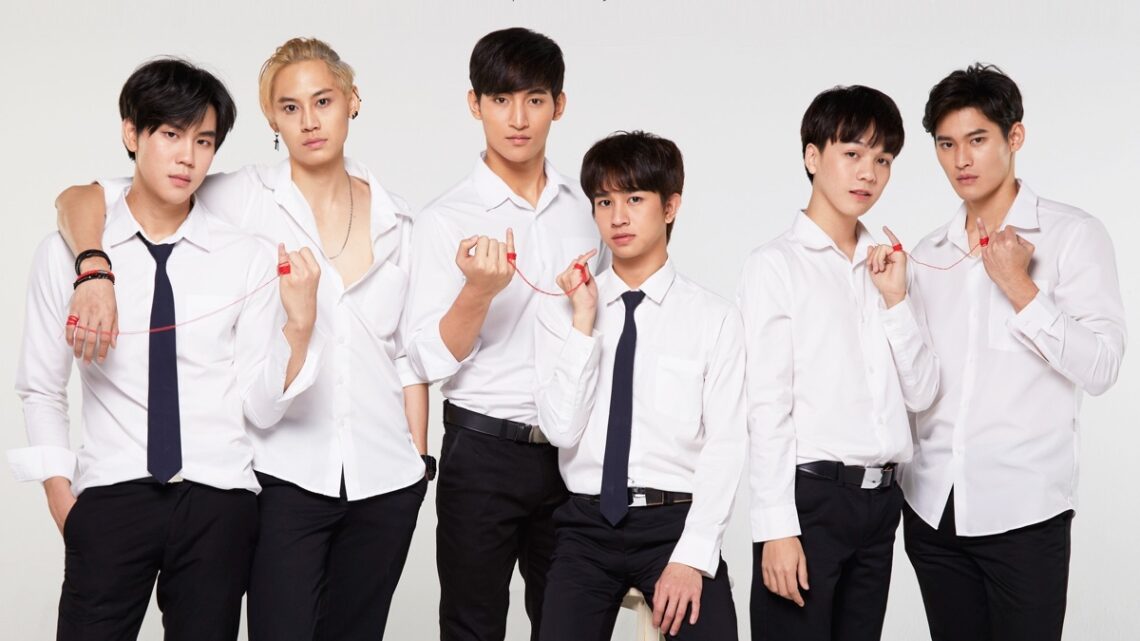 Eighth in the series of the self-isolation media consumption catch up..

As the pandemic “stay at home” strategy has progressed, I have at times struggled on what to watch. With so many series recommendations as well as movies and YouTube video clips, I realized that I am an expert of passing time consuming media. With Godzilla behind me, I found myself searching for things to watch. Social Media made that choice for me as my Instagram and TikTok were suggesting I check out a series called “Until We Meet Again”, based on the novel “Red Thread” by Lazysheep, and produced by Studio Wabi Sabi and broadcast on Thailand TV from November 2019 to March 2020.

Some backstory: While I was living in China back in 2015-2016, I started watching some Chinese dramas because that’s what you do while you are there and not watching old reruns of Brooklyn 99. When I returned to the US, I would occasionally keep up with the dramas and learned that Thailand made some great dramas that focused on LGBT characters. Between 2016 and 2019 I managed to watch a couple of dramas – Together With Me and some of the Club Friday series. The best way to describe them are soap operas (Thai versions of novellas TBH) – sometimes hysterically funny and sometimes heart crushingly sad. At the beginning of the year I watched The Untamed on Netflix which was recommended to me on Twitter. As we headed into the pandemic and staying at home, a few other dramas were recommended to me to watch.

Early on in the recommendations, I kept seeing references to Until We Meet Again and how wonderful it was so I decided to finally watch it this past July. Right from the get go, this series grabs you with the dual story of two couples – Korn and Intouch (from the 1980s) and their reincarnated selves, Dean and Pharm (set in present day). The story starts out with the tragic end of Korn and Intouch and then proceeds to the modern day of Dean and Pharm and how they keep dreaming of their past lives until the red string of fate brings them together to finally meet and realize who they were to each other before. Lots of tears and pain as well as laughter and love abound as the story builds through the episodes. Dean and Pharm fall in love but have to navigate the memories and feelings from before and eventually they do get their happy ending. One thing about Thai Dramas is that you are never assured a happy ending and when I look at series to watch, I try and find the ones that have it – unless of course they are very recommended then I will psych myself up for it.

The acting in this series is amazing – especially considering that several of the main lead actors had never been in a series before and other had only had guest or side character roles. Fluke Natouch Siripongthon as Pharm is downright amazing with the emotions he can convey with a look or a smile as well as dialog. His partner Ohm Thitiwat Ritprasert is also excellent as the ever supportive Dean. Special kudos to Koa Noppakao Dechaphatthanakun and Earth Katsamonnat Namwirote – they have to tell of the deep love of Korn and In and the emotional turmoil that happens to them in a series of flashback scenes that make you wish you could watch them in a series together. The ensemble supporting cast is great – especially Samantha Melanie Coats as Manaow – a character everyone wishes was their best friend.

One thing I realized after watching this series and reading about it – a lot of Thailand’s biggest stars appear in supporting roles and it was interesting to see them talk about the series in the special episode of behind the scenes. I also found out there were cameos from actors from another Thai series from the same studio called Love By Chance, which I watched after the series.

There will be a spinoff story of a side couple characters, Win (Boun Noppanut Guntachai) and Team (Prem Warut Chawalitrujiwong) written by the original author that will air next year and I will look forward to it. I do wish I could find an English translation of the novel to read as well. Some trigger warnings for this series – implied suicide, lots of kissing and implied sex between consenting men, and domestic violence.

All in all, this series is 10/10 and highly recommended. Watch on YouTube – all the episodes have English Subtitles worth your time!

Spoilery-trailer below (be sure to turn on subtitles!):