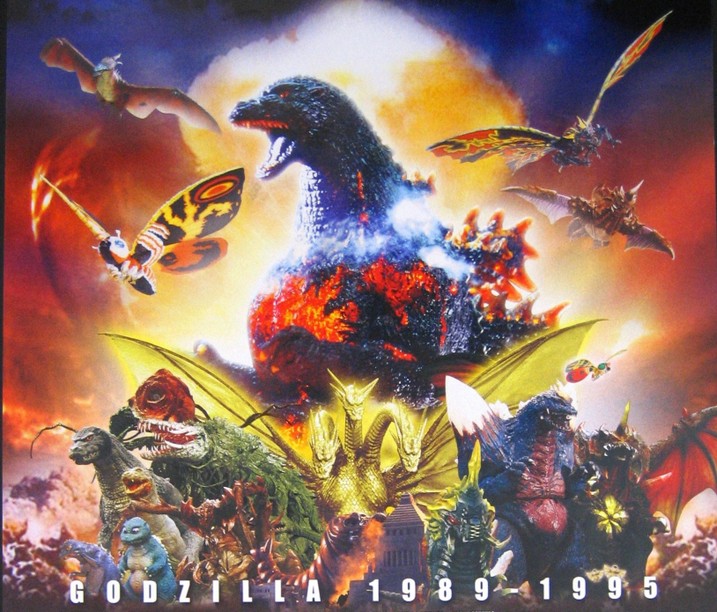 Fourth in the series of the self-isolation media consumption catch up..

Continuing on from my earlier post of the Shōwa Era, its now time to tackle the Godzilla movies from 1984-1995, what is considered the Heisei Era. This is what I consider the early “modern” era since its the first one that happened when I was a cognizant person. While the Heisei Era was a staple on weekend television movies, the Heisei era was relatively unknown to me at the time. As previously mentioned, I remember my grandfather taking me to see Godzilla 1985 aka The Return of Godzilla but I have no memory of it all. So for me this era was a blank slate.

What I discovered in this era was a great series of movies loosely tied together. I will say the first movie, Return of Godzilla was not that spectacular and was pretty boring as far as Godzilla movies go. The next three entries (Biollante, King Ghidorah, and Mothra) were definitely the stand outs of this era. Special marks for Godzilla vs King Ghidorah which featured the return of the original Godzilla composer and the famous Godzilla theme. Part of the fun of binging the movies was discovering the links between the films – revisited plot threads and characters. Its not to the level of the MCU, and would have been interesting if Toho had gone full in on the concept back then if the 90’s audiences would have liked it. I think we take “Cinematic Universes” for granted these days but you can tell a fully fleshed out Tohoverse would have been awesome.

The last three movies were good, but they get a minus point for the inclusion of Baby/Little/Godzilla Junior. Honestly, I have never really cared for the little Godzilla character as far back as Son of Godzilla so minus points from me. The final movie of the era features the creepy Destoroyah and the dying super heated Godzilla who wrecks Hong Kong. Most fans rate Biollante and Destoroyah as the two best movies of the era so you won’t be disappointed. I pretty much recommend all but the first movie. It’s too bad that American audiences have largely ignored this era as they are missing out.

Next up is the Millennium era. One of my favorite movies in all of the Godzilla series is the finale Godzilla: Final Wars, and I am looking forward to seeing it within the context of binging the series. I have also seen Tokyo SOS and Giant Monster All Out Attack in fragments over the last 15 years or so, but I am excited to see them all in order.