I’ve actually posted the first pass of my travel diary for Europe 2014 in the Trip Diaries section of the site. I’ve actually removed the two entries I had here in the main blog since it was a duplicate of what I’ve placed there. Normally, I just leave the duplication, but since each day I was able to post a photo, I’m OK with no diaries here. Hopefully it will get more of you to check that section out!

The next step is to actually drop some highlight photos and figure out how to add some galleries so I can post a small portion of the 600 photos I took on the trip. I also need to add the maps to the main archive page of the trip, but then again I still need to do that for every trip from 2000-2014. But hey it’s a start.

Any grammar and typo corrections are welcome..

In addition to the above photo from Barcelona, 115 other photos from California, Arizona, Spain, Portugal, France, and Andorra were posted to the Gorn Page. 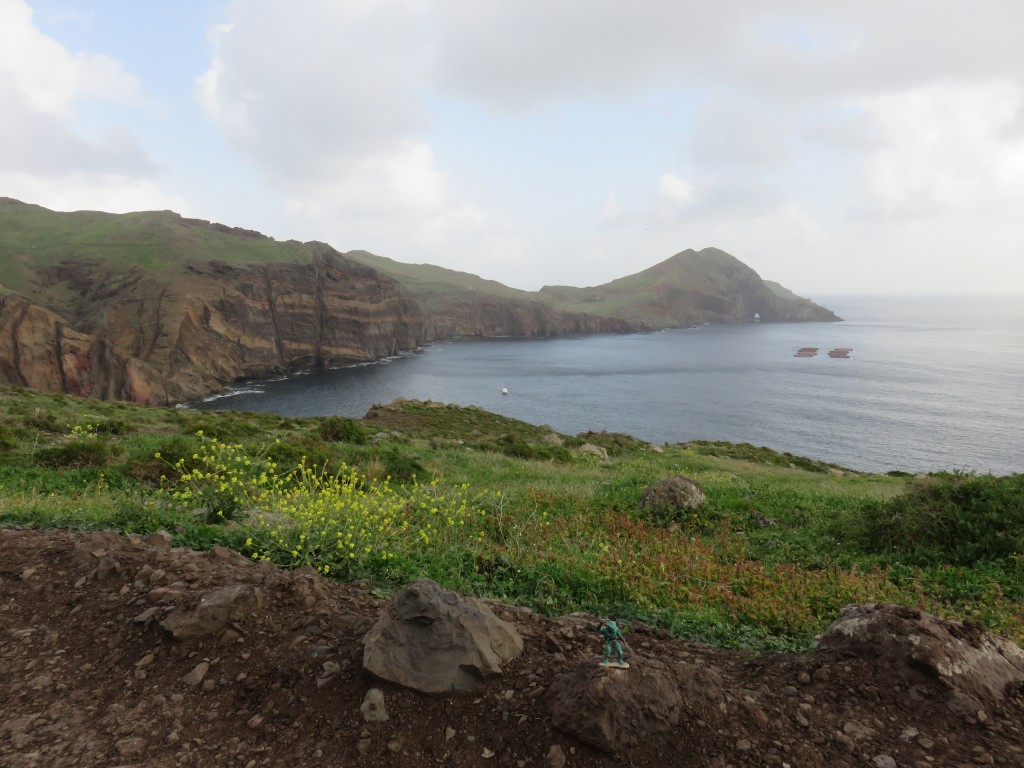 I’m still working on processing a massive Gorn Photo update from my recent trips. Until I get the over 100 photos from the last 5 trips, please enjoy the photo above from Madeira, Portugal. This was New Year’s Day, and one of my absolutely favorite days from the trip.

Hopefully, I will have time to edit and post these photos, as well as finish the last two days of my trip diary before too long!

It’s great to be back home after 10 days overseas. I am amazed that I was able to at least post a photo a day from the trip and managed to keep diary notes for each day. I still have to write up my Barcelona days to complete the full diary which I will post both here and on the Trip Diaries site. Along with sorting and uploading the Gorn photos, I have a bunch of smaller tasks to fix before I’m ready to plow into the new year.

I also have a few retroactive blog posts to get on the site to complete my 365 days of blogging for 2014. For the most part it was a success, and other than three entries in October I did OK. I still want to go and finish those posts I am missing (they exist in various stages of drafts) so I can have a record of my accomplishments.

Right now, since I am heading into the 20th Anniversary year of Club Josh, I am thinking I want to keep going with a post a day for the foreseeable future. I reserve the right to take a week or two off, but I hope once the jet lag wears off I will be back to full publishing!

Next year is a big milestone here at Club Josh – our 20th Anniversary! Hard to believe that I have had a web presence longer than most of the big sites out there and make zero money off of it (donations accepted!). I’ve really been proud of my commitment this year to the site and it has paid off with more blog entries and Gorn photos than ever before. Part of that has come with the stability of our new home at Web Faction as well as using Word Press for CMS.

One of the legacy programs floating around that got burned when we moved was the Photo Galleries. Both the Disney Galleries in the Trip Diaries page and the Gorn Page were a pain to move and re-establish with the Gorn ones taking all of my time to get up and running on the new server and losing all my hits in the process. (the move off of Text Drive was painful!)

At any rate, today I discovered that the Gallery program will no longer be supported which worries me as I will be running with software that won’t be patches or enhanced. One of the proposed replacements is a software called Piwigo. I’ll need to do some checking to see if there are any other alternatives. I still want to host the Gorn photos locally, and I would also like to have the Trip Diary photos also hosted locally instead of Flickr. I’m not opposed to keeping the TD photos on Flickr, its just been 4 years since I’ve loaded a gallery up there so it is way behind the times.

Of course, there is no time to work on any of this prior to my trip at the end of the week, but I want to try and get the remaining 2014 Gorn photos on the site before then. I’ll probably upload my new trip Gorn photos to the old Gallery site as well and then sometime in January work on the conversion of the albums.

Speaking of Trip Diaries, a long 12 hour plane ride is the perfect opportunity to write the old Utah 2013 diaries, so look for those to come sometime soon.

Plan your trips now! The National Park Service has announced the 2015 days of free admission to the few parks that charge admission. One of the best things I ever did was get an Annual Pass for National Parks in 2013. It helped that we visited 5 parks in one road trip, but we managed to visit a few more and it was great waving the pass to get in to the parks.

Here are the dates: 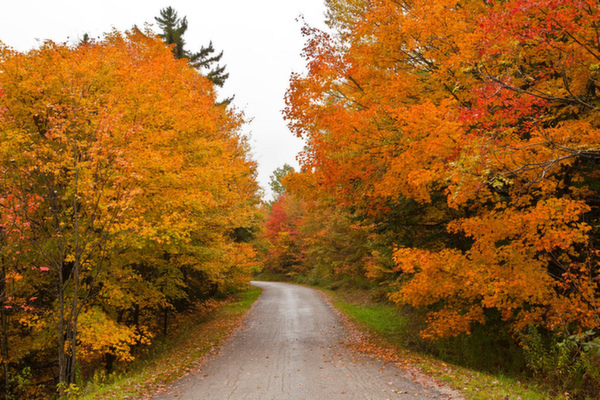 In the middle of some 80-90 degree days, I actually felt a bit of chill in the air the other night so Fall must be here in Southern California. While we have some fall colors here, the good stuff is either in Northern California or back east.

Jaunted has some links to Find the Latest Fall Foliage Forecasts. One of these years I would certainly like to see some great fall colors. The last few times I’ve been in the Eastern US it was either winter or late summer – not enough foilage to see great colors.

I’m thinking of heading up to the Eastern Sierra to see some good colors this weekend. There have been some good freezes up there recently so I’m thinking now is the time to see some leaves turn. Of course, in California one can never be sure if the colors are changing due to Fall or because of our three year old drought!

Sunday I posted a quick Instagram video of my first attempt at a long Hyperlapse video. I spent a few minutes in iMovie and created a YouTube video with music from the entire minute long Hyperlapse. Pretty neat app from the Instagram folks and hope that they continue to make improvements like the ability to add sound to it. 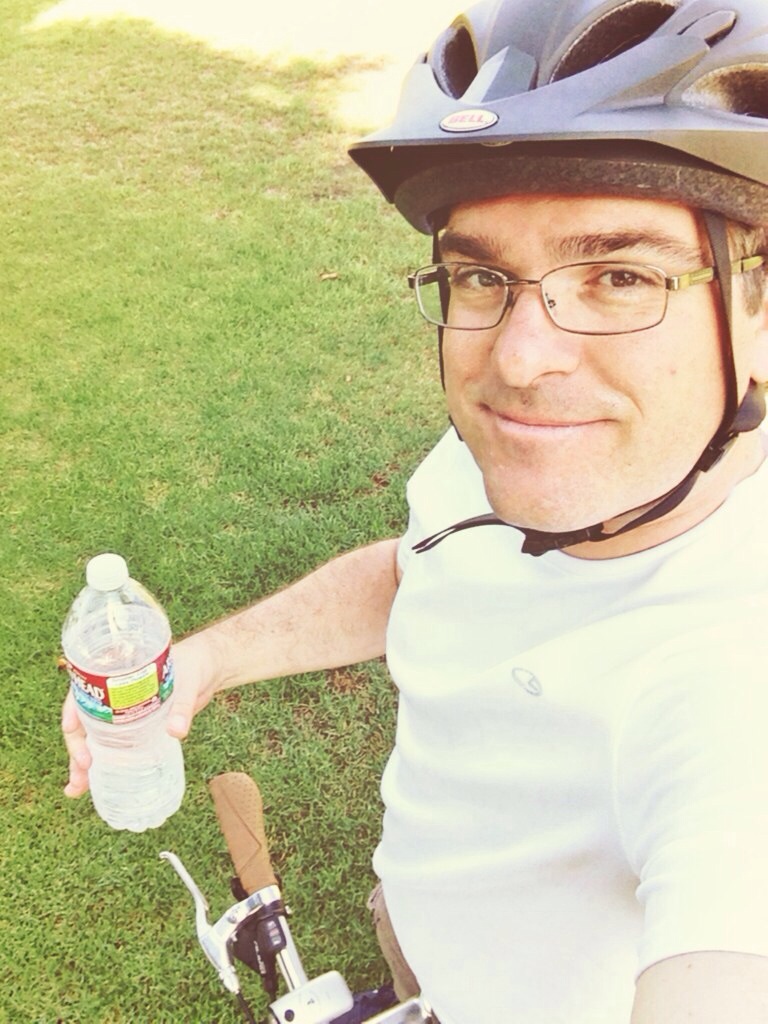 Today Daniel and I tested out our new bikes by riding the Santa Ana River trail 17.5 miles. Another 10 miles and we would have made it to the beach and back, but since this was a shakedown cruise it was just fine.

My bike performed great and I spent time trying to figure out the Italian gear system to find a comfortable cruising speed. There were a lot of other bikers as one would suspect on a beautiful Sunday afternoon, so we were conscious not to block the speedsters.

I’m looking forward to riding to work on a regular basis and weekend trips down the river. In the future it would be nice to get a car carrier and explore some of our National Parks via bike!

For those of you who are lucky enough to live in the UK, my favorite Python and Travel Programme presenter, Michael Palin is embarking on a 21 venue tour in September and October to promote volume three of his diaries, Travelling to Work 1988-1998. The live show is divided into two parts – the first talking about his travel series (my all-time favorite travel shows) and the second about his comedy works.

I wish I could be there to take in the show! Also, I hope we get a new series of travel programs, his last was Brazil in 2012.

Here is Michael in his own words talking about the upcoming show:

Donations are welcome to send me to one of the shows!!